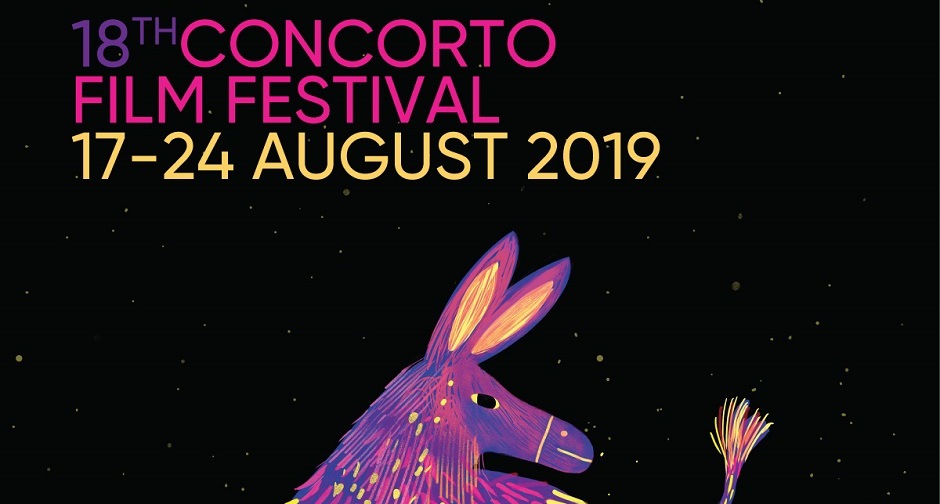 Concorto Film Festival 2019 does not disappoint. The Italian event (from August 17th to August 24th in Pontenure, part of the province of Piacenza) has itself become a reference in the genre over time. The 18th edition is no exception with its impressive numbers: 51 short films in competition, 2 geographical focuses (Russia and Portugal), 3 thematic focuses (Absolute Beginners / A Coming-of-Age; Uncanny Valley, about cinema and virtuality; Supernature, about the relationship Man-Nature).

And yet: 2 showcases (Deep Night, dedicated to horror and fantastic tales; Ubik, focused on experimental films); the exhibition “TT Tenero Terribile” ie “Tender Terrible” (botanical and animal themed illustrations painted on azulejos and paper by Giovanna Lopalco alias Pelo di Cane); 2 workshops (a course in language and film criticism by Giulio Sangiorgio, a seminar with Tomás Sheridan focused on documentary cinema); live music with the opening party starring Be Forest (dream pop from Pesaro, Italy) and the closing party with the Cinestesia collective engaging in a live soundtrack for the film La Jetée by Chris Marker. There are very few appointments at European level such as Concorto in the panorama of prestigious short film festivals.

Concorto was created in 2002 thanks to the work of Claudia Praolini and Simone Bardoni. Every year, the festival attracts young filmmakers from all over the world and awards the best short film with the Golden Donkey, awarded by a jury of professionals. The 2019 Jury features Alexander Stein (managing director at Interfilm Berlin), Emilia Mazik (artistic director of Short Waves at Poznan), Sigrid Hadenius (programmer at Uppsala Film Festival), Neil Young (film critic at Hollywood Reporter and Sight & Sound) and Violetta Bellocchio, author and journalist. 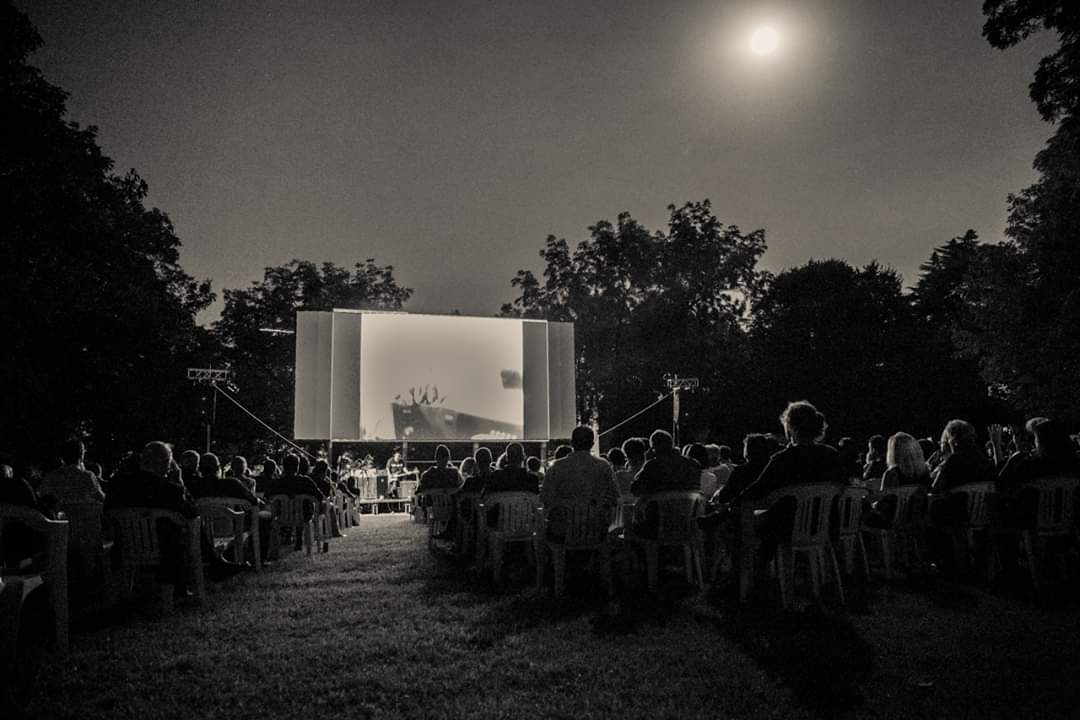 Parco Raggio, the “Lucky Villa”
Not very glamorous and many quality films: this is Concorto. The suggestive outdoor venue of the Parco Raggio (this green lung was built in the 1800s) is itself worth the journey in Pontenure, between the Po River and the Appenines, as the standard ticket costs 5 euros, subscriptions for 4 evenings 15 euros and for 8 evenings 35 euros. During the event, the town just outside Piacenza is invaded by cinephiles, professionals, passers-by hunting for shelter from the sultry summer heat.

Short films from all over the world
Cinema is the absolute protagonist of the week. The mission of the organizers is to give visibility to short films that otherwise would be excluded from the traditional circuit. 51 shorts from 30 different countries, selected from the 3,000+ submissions, are vying for the Golden Donkey.

The movies in competition deal with significantly important topics such as the devastating psychological effects of racism in A.V. Rockwell’s Feathers, the aberrations of the patriarchy in Community Gardens by Vytautas Katkus, the teenage anxiety of Valentina Maurel’s Lucía en el limbo. The official selection also includes Olla (the directing debut by French actress Ariane Labed, winner for Best Actress at Venice Film Festival for Athina Rachel Tsangari’s Attenberg), The Years by Sara Fgaie (winner of the EFA 2019 as Best European Short), and Mémorable by Bruno Collet, the Annecy 2019 short film winner. 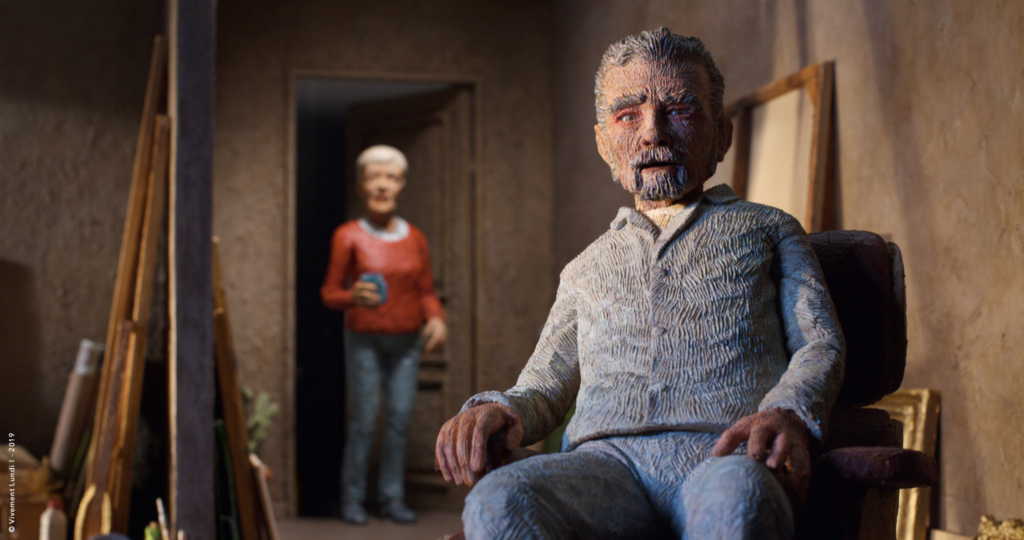 Russia and Portugal, horror and experimentation
In the parallel sections, the 13 Russian shorts (from the doc Ivan and Ivan by Philipp Abryutin to the comedy Merry-go-Round by Ruslan Bratov) and Portuguese gems like Russa by João Salaviza & Junior Ricardo Alves, Flores by Jorge Jacome, Balada de um Batráquio by Leonor Teles (Golden Bear winner at Berlinale Shorts 2016) are not to be missed.

In the focus Uncanny Valley (the concept is borrowed from robotic scientist Masahiro Mori) the ever closer future is told by works such as Deb by Noga Pnueli and Supermarket by Gianluca Abbate.

The focus Supernature, organized in partnership with Lago Film Fest and dedicated to the relationship between man and nature, includes Umbra by German filmmakers Johannes Krell & Florian Fischer (winner of the Golden Bear for Best Short Film at Berlinale Shorts 2019) and Kingdom by Tan Wei Keong, a surprising 2D animated short.

Out of competition, as part of Deep Night, the horror Right Place Wrong Tim by Eros Vlahos (starring Asa Butterfield), the weird Japanese comedy Crying Bitch by Reiki Tsuno, and Chowboys: An American Folktale by Astron-6 collective are worth seeing.

Give also an eye to the coming-of-age stories of Absolute Beginners featuring Fauve by Jeremy Comte, included in our playlist of the 10 best short films of 2018.

You know, the Donkey continues to fly high at Concorto. Waiting to enjoy this trip, we offer a selection of 6 short films available online from the last two editions, including the winner of 2018, the German short Sog by Jonatan Schwenk.