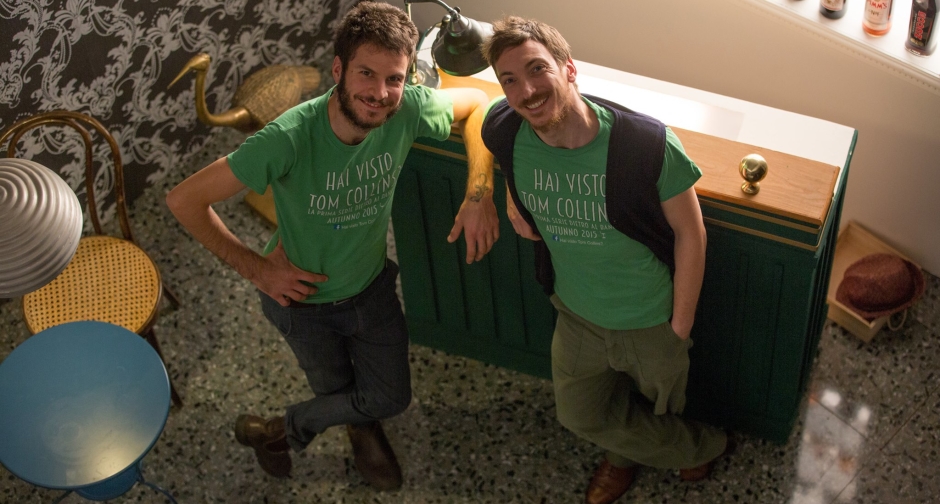 The perfect set for this interview would have been a bar with wooden interiors, half-light, three cocktails dripping condensation and even cigars. What a cliché of consumed artists. Unfortunately, cruel Fate imposed a great distance between me and the brains behind the web mini-series Hai visto Tom Collins? (literally, Have You Seen Tom Collins?). Nevertheless, this is what has emerged from my virtual meeting with the actor Alberto Guerra (right) and the DOP Massimiliano Nicolè (left). The series is developed as a mockumentary with comic tones, in which the protagonist, a thirsty and loyal customer of a bar, asks in each episode a different drink, telling some anecdotes about the creation of that drink.

Who had the idea of this mini-series? How did you subsequently developed the project?
A: Massimiliano had this idea more than a year and a half ago (January 2015). I remember that he came to me and asked me if I wanted to do something related to cocktails. I replied that we would have been able to drink a few and then… Here we are.
M: The most difficult phase was to understand what could have been the most effective way to tell the story of a drink. Therefore, attempt after attempt, we landed at the formula “customer/narrator and barman.”
Why did you choose alcohol as the protagonist of the series?
A: I think that the stories are the main stars. Not entirely the alcohol. What fascinated us, was the idea that behind every drink there’s a mysterious genesis. Telling the story of something that people assimilate regularly is fulfilling. The cocktails we order at the bar are often the plot of a much collective cultural fabric. The choice of a drink helps to reveal our identity or, if you allow me the pun, what we want to give to drink to the next.
M: That’s right. Rather than alcohol, the stories behind the cocktails are the true protagonists. The two of us are very keen on both: the curiosity and the world of drinking. Being able to link the two topics was the winning move to give life to the project.
Have you chosen a Tom Collins for the title because it is the only drink with a proper name (and surname)?
A: We chose the name Tom Collins because the history of this drink is very curious…
M: Yes, because we believe that behind this drink lies one of the funniest anecdotes about the world of mixing. Since our project treats with this kind of stuff, it seemed perfect.

(Despite my strong pressure, the two didn’t want to confess me this remarkable story. Perhaps for fear of a spoiler. Wandering in the Internet, I confess, in spite of myself,  I was not able to find a sufficiently captivating anecdote about the Tom Collins. Therefore, we will forced to wait for the next season, ed). 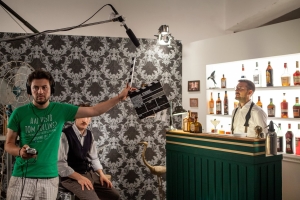 Which is your favorite alcoholic?
A:  I believe that the passion for Scotch Whiskey that Massimiliano and I share was never questioned, and never will be.
M: Never questionable, and the drink I would say for both of us is the Bourbon Sour.
One of the most curious features of the series is its short duration. Few episodes and a few minutes per episode. Do you think that, in this way, the viewer’s attention is better channeled?
A: Unfortunately, the enjoyment of movies on the web requires a reduced playing time. In the beginning, some sequences were much longer but we had to do a great work of editing. The viewer’s attention needs to be constantly urged both visually and narratively.
You obtained a very positive feedback. Did you expect this success? Against who did you have to compete?
A: We had positive responses. As evidence of this, the recognitions that we had at the Rome Web Awards and in other festivals. The audience seems to appreciate the new way of storytelling that we have chosen.

M: Being part and be included in the major festivals selections on the web world (after Rome and Melbourne, we will wait for the Sicily Web Fest and then Bilbao Web Fest in October), is for us a great response to the passion that we are putting on this project.

Are you already preparing the new series?
A: We should not spoil, but at least a dozen new episodes have already been written… 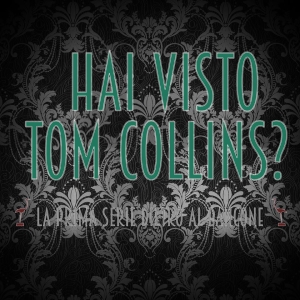 Hai visto Tom Collins? thas won the following awards in the category “Non Fiction-Mockumentary” at the Rome Web Awards: Best Actor, Best Supporting Actor, Best Screenplay and Best Poster. Subsequently, all the winners were subjected to further proceedings, in which they once again rewarded the series for the screenplay. Tom Collins was also nominee at Melbourne Web Fest for Best International Non-Fiction and Best Editing.