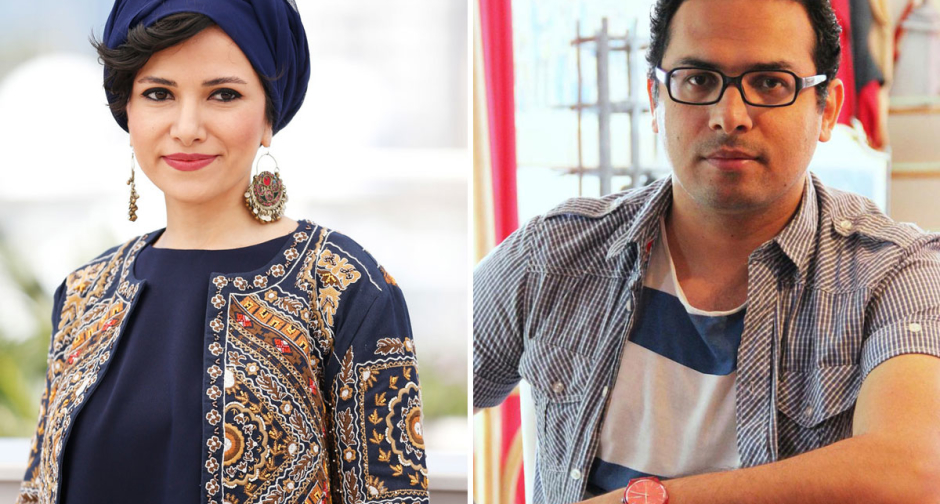 The Silence, the latest short film by Farnoosh Samadi and Ali Asgari, premiered in the Short Film Official Competition at 2016 Cannes Film Festival. Their work tells the story of a little girl, a Kurdish refugee, who refuses to translate the doctor’s words to her mum. She prefers to remain silent. The directors, originally from Iran, talked with us about filmmaking, Cannes and their years in Italy.
The Silence is produced by Giovanni Pompilli (Kino Produzioni) and co-produced by Olivier Chantriaux (Filmo).

CC: Have you ever asked yourself why you wanted to be a filmmaker?
Farnoosh: I think filmmakers have a Godly position. For me, creating is very interesting. In cinema we can create different lives and create different characters and change their position just like in life. Beside this, I like cinema because it has a very deep effect on society and I think cinema can gradually change society and cultural implementation.
Ali: It’s a difficult question because I really don’t know exactly when it started but I guess everyone has some untold and hidden stories. The stories which happen for them or around them. The stories you like and the stories you suffer from. Telling these stories makes you feel free. There are some experiences that you like to share with people and leave them with the feeling that you like. Cinema is the place that you can share all of these.

CC: Are there any short films that changed your view on filmmaking?
Farnoosh: There are many short films that I really enjoyed and I can’t name all of them but I can mention a few short films that I really liked. Two Solutions for One Problem by Abbas Kiarostami, Cracker Bag by Glendyn Ivin, Coffee and Cigarettes by Jim Jarmusch, and so on.
Ali: Same for me. There are lots of films I like and I watch them again and again. It’s not possible to name all of them. But I can say some titles which are the short films I really like. Wind by Marcell Ivanyi, World of Glory by Roy Andersson, The Lunch Date by Adam Davidson, Sniffer by Bobbie Peers, Hamsarayan by Abbas Kiarostami, Megatron by Marian Crisan.

CC: How did the idea of The Silence come about?
Farnoosh: Generally when I want to write a story I look around me and see what is happening. I moved to Italy to study and I kind of experienced similar experiences butnone as bad as what we see in the movie. The sparkle of the idea came from that period.
Ali: Apart from what Farnoosh said, for us it was very important to think about child immigrants who are taken to another country by their parents. They have no choice and will. They have to go. They become silent witnesses of what is happening around them. We tried to mix observation and experience together, and this film is the result.

CC: What were you doing when you received the news they selected you at Cannes?
Farnoosh: I was in Ali’s house and we had not heard any news from the festival. We knew that if they don’t want a film they will send a rejection email but we had not received it yet. It was around 5 PM and a member of the festival called me and told me that the film had been selected. It was quiet unbelievable so I thought it was a joke but it was reality. 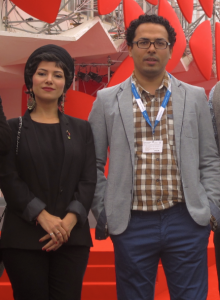 CC: How did your collaboration start?
Ali: We both studied in Italy. We met there and talked a lot about cinema and we found that we have common ideas about cinema. Then we collaborated together in More Than Two Hours which was in Competition at Cannes Film Festival 2013. Farnoosh was co-writer and I was director. It was a great experience, so after that we worked together on 4 short films, which I directed, including The Baby, which was in Orizzonti Competition at Venice Film Festival 2014.

CC: Have you ever felt like Fatma?
Farnoosh: As I said before, when I moved to Italy to study, the language was a big issue for me. It was not the same situation but it was still hard. Especially one day when I had to translate for a friend who was sick what the doctor was saying about her disease. Her problem was not severe, but what if it was? Of course what Fatma feels in the film as a child and about her mother is far different from my feelings but I think I could understand a little.