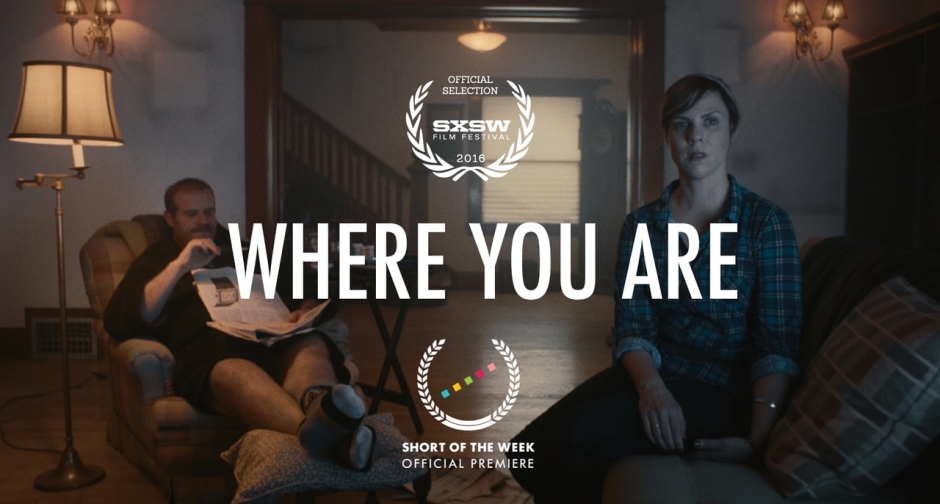 Graham Parkes is a screenwriter, filmmaker, and independent game designer from Los Angeles. His last short film Where You Are premiered at South By Southwest in 2016 and recently received the Grand Prix for Best Short at the Capalbio International Film Festival in Italy. The short tells the story of Jen, a woman who unwittingly embarks on a journey through time in order to find her disappeared son.

What was your first paid job?
My first job was working at a movie theater called the Aero run through the American Cinematheque and plays classic movies five nights a week. I also worked at the Film Forum in New York in college. The pay wasn’t good but when you factor in unlimited free great movies, both those jobs were priceless.

Generally, what kind of human beings you prefer?
People who take their work seriously, but not themselves.

What did your mum say when you told her you wanted to be a filmmaker?
I don’t think she was ever very surprised.

Who is a great filmmaker?
Of course that list is endless. Recently I’ve become a little obsessed with the Canadian filmmaker Guy Maddin. His film My Winnipeg is so strange and so funny, with this completely unique dreamlike rhythm that I’ve become totally addicted too. It gets stuck in my head like a great piece of music.

Is there any short films that changed your view on short films?
I’ve been a huge fan of the animator Don Hertzfeldt for a long time: his genius batshit-crazy early stuff, the emotionally-gutting Bill trilogy (Everything Will Be Ok, I Am So Proud of You, and It’s Such a Beautiful Day), and most recently World of Tomorrow, which I can’t stop watching (it’s on Netflix!). Those films taught me that you don’t have to appear serious to be serious, and that you can get done in 10 minutes with cute little stick figures what most somber Oscar movies can’t do in three hours.

Do you feel there are some similarities between the stories you like to tell?
I think I’m always drawn to things that illuminate the ordinary and everyday in the strangest ways possible.

What is the most beautiful thing about your short, Where You Are?
The incredible team of truly brilliant artists that formed to make it with me, and all their amazing work that I now get to take credit for.

Where are you based and why?
I’m in LA. I’m here because I’m from here, my friends are here, and it’s historically been a good place to make movies.

Next project?
I actually have another short film I really want to make, but I’m only writing it now. We’re also running a Kickstarter for an independent video-game I’m writing and producing. It uses your web-camera to watch your eyes and changes the scene each time you blink. You blink through an entire life that way. Check it out here: https://www.kickstarter.com/projects/146338032/close-your-life-one-blink-at-a-time?ref=user_menu. I think it serves as a nice companion piece to Where You Are actually.