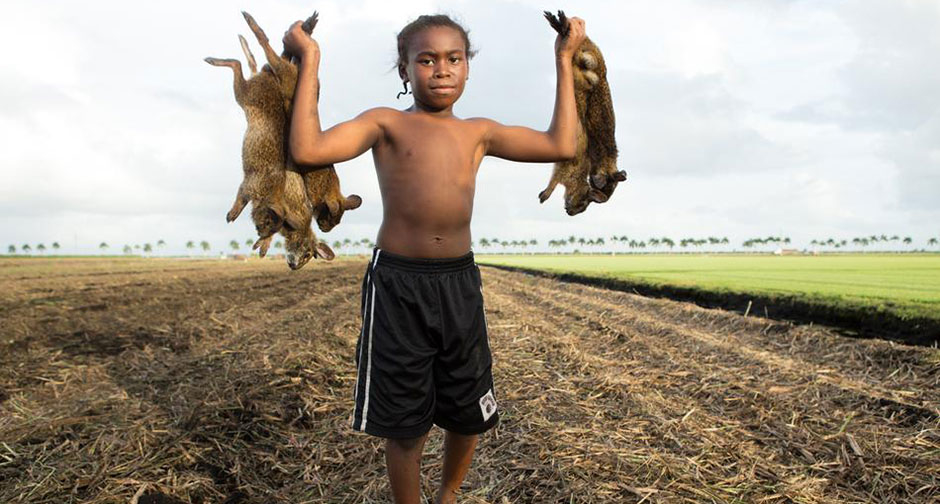 Alessandro Zoppo and Tommaso Fagioli, curators of Good Short Films, choose the ten short films available online that made the biggest impression on them in 2017. Rising to the top are some exciting new voices, new visions and new forms. Picking a top 10 wasn’t easy: 2017 was such a good year for short films. Here are the best of the best (strictly available online!) from an incredible, unpredictable year for shorts.

Everything
David OReilly (Ireland / USA, 11 min)
Irish animator David OReilly, best known for designing holograms and apps in Spike Jonze’s Her, as well as his own twisted satires Please Say Something and The External World, has created a videogame that allows the player to simulate anything – atoms, plants, animals, planets and galaxies. This 11-minutes short is a “trailer” (according to OReilly) where you can see the world from everything’s point of view. The English philosopher Alan Watts (1915-1973) accompanies our journey as narrator.

The Plague
Guillermo Carbonell (Uruguay, 10 min)
Montevideo, in the 1970s. A group of men must fix something. Bloodstains on their clothes. In the dead of night, a noise aroused Rosa from her sleep. He’s not a thief, he’s her father. He came home, and he’s hiding a terrible secret. Thriller, crime, home invasion, zombie movie. A killer cocktail of genres. Everything is in order – directing, editing, music (by Fede Alvarez), actors. Even the final lock on to The Plague 2 (or The Plague – The Movie).

He Who Dances On Wood
Jessica Beshir (USA, 6 min)
Mexican-Ethiopian filmmaker, Jessica Beshir directs an affectionate portrait of the incredible tap dancer Fred Nelson. A man whose search for joy has culminated in a constant experience of rhythm in the world around him. Like a prayer, his “dedication to the universal search for inner peace will resonate with anyone that has ever found refuge in nature.” Dance becomes a divine connection with the natural world.

Happiness
Steve Cutts (UK, 4 min)
Can we buy happiness? Steve Cutts imagines humanity as a horde of rats, marketing god worshipper, bewitched by Black Friday or Cyber Monday. Loose cannon looking for the last offer. Happiness is the penny that is always missing at the prices of super discount products. Happiness is a commodity exchange of the new capitalism. Read our review here.

In the Woods
Corina Schwingruber Ilic & Thomas Horat (Switzerland, 13 min)
Every four years, over a period of three months in winter, wood is being cut in a steep mountain high above Lake Ägeri and prepared for log rafting. Neither economic change nor technology has been able to replace this traditional and sustainable craft in Switzerland. Depicting a craft which “is almost extinct in all of the countries in Europe,” a fascinating Herzog-esque observational documentary about man and Nature.

Life Smartphone
Xie Chenglin (China, 3 min)
Staring at their smartphones all the time, people are alienating themselves from the real world. Premiered at Annecy 2017, a depiction of this social situation inviting people to be introspective. This is the ironic and smooth 2D graduation film directed by Chinese animator Chenglin Xie as student of the China Central Academy of Fine Arts. One of the 10 animated shorts finalists at Oscars 2018.

The Rabbit Hunt
Patrick Bresnan (USA, 12 min)
In the Florida Everglades rabbit hunting is a rite of passage for young men, practiced since the early 1900s. While the sugarcane fields are burning, the kids come to the edges of the fields to capture the prey. Afterwards, the animals are killed and eaten. Director Patrick Bresnan has been acquainted with the Pakohee community at Lake Okeechobee for many years and has shot a brilliant and thought-provoking vérité doc with a stranger-than-fiction feel. A glimpse into a modern and urban twist on subsistence.

Juice (India, 15 min)
Neeraj Ghaywan
From the director of Masaan, a face to face with the contradictions between past and present in Indian society and a cry against patriarchy. Shefali Shah stars as a housewife hosting a get-together of families weekend dinner. Between the snacks, drinks and the laughs, something completely unexpected happens. A portrait of all those women who, shackled by the institution of companionship, mutter #MeToo under their breath every morning – at times, without even knowing it.

Lina (Spain, 20 min)
Nur Casadevall
Barcelona-based filmmaker Nur Casadevall explains her cinematic study of isolation and loss of innocence. Lina is a sensitive soul trapped in a world of isolation. Fleeing from this hostile environment she will seek refuge in his swimming instructor… but the leap into the abyss in inevitable. A powerful and compelling coming-of-age experience, a film “about water, emotion and a bottomless pit—an abyss that this young diver inevitably leaps into.”

Life in 2 Minutes (Lebanon, 2 min)
Elie Fahed
Life runs in circle for young award-winning Lebanese filmmaker Elie Fahed. From the moment we were born, named after a saint or a grandfather, to that moment when we find ourselves wearing diapers again. This is how Elie sees life, in 2 minutes.