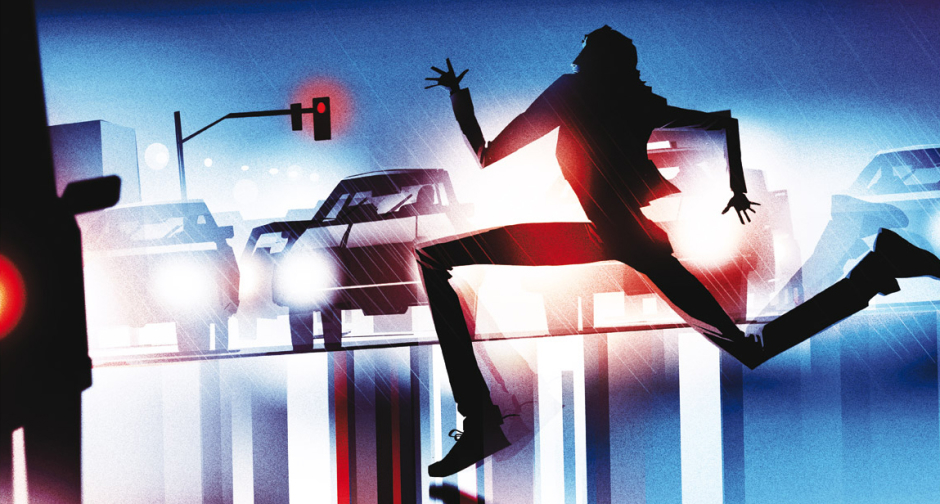 The Academy of Motion Picture Arts and Sciences has announced the 10 semifinalists for this year’s animated short Oscar race. The list was narrowed from 69 submissions. Five nominees will be announced alongside all other Oscar nominees on Tuesday, Jan. 24, 2017. Branch screenings will be held in Los Angeles, London, New York, and San Francisco in December. Here are the magnificent ten.

Blind Vaysha
Bulgarian director Theodore Ushev graduated from the National Academy of Fine Arts in Sofia and began his career as a poster artist. In 1999 he settled in Montreal, where he quickly acquired a reputation as a prolific and talented animator. Jury Award and the Junior Jury Award for a Short Film at Annecy, Blind Vaysha tells the story of a young girl, who was born with one green eye and one brown eye. But her odd eyes aren’t the only thing that’s special about her gaze. Her left eye sees only the past. Her right, only the future. Like a terrible curse, Vaysha’s split vision prevents her from living in the present. Blinded by what was and tormented by what will be, she remains trapped between two irreconcilable temporalities. “Blind Vaysha,” they called her.

Borrowed Time
From Pixar alumni Andrew Coats and Lou Hamou-Lhadj, a dark western about an aging Sheriff going back to retrace the steps of the location where an accident took place years ago that he can never forget. Read our review here.

Happy End
Premiered at Cannes Directors’ Fortnight, a black comedy about death with a happy ending. A splendid chain of unlikely encounters. Hunters, a tractor driver, a disco boy, and a corpse. Directed by Czech animation director and comics author Jan Saska.

The Head Vanishes (Une Tête disparaît)
Psychedelic, imaginative and tragic, the fourth animated short by Franck Dion – winner of the Cristal for a Short Film at Annecy – tells the story of Jacqueline, who has lost her mind a bit, but whatever, for her trip to the seaside, she has decided to take the train by herself, like a big girl. A take inside the faltering, fragile mind of a woman living with dementia. Luckily, her daughter isn’t the monstrous figure she thinks she sees, and is in fact watching over her to ensure her safe journey.

Inner Workings
From Leo Matsuda, the LA-based story artist who worked on The Simpsons Movie, Wreck-It Ralph, Big Hero 6, and Zootopia, a trip in the vein of Inside Out inside a man’s psyche to show us the battle between his practical side and his carefree impulses. With great heart, a fun beat, and verve galore, this is a charming blend of cutting-edge and classic animation. The short, produced by Walt Disney Animation Studios, will debut before the upcoming feature, Moana.

Once Upon a Line
A man leads a boring life until he falls in love. Things get out of control, but at the end he discovers that there are other ways of living and that the world is full of color and hope. Directed by 2D animator and motion graphic designer Alicja Jasina, honored for her short with the gold medal at the 43rd Student Academy Awards.

Pear Cider and Cigarettes
Robert Valley – best known for his work on the Gorillaz music videos and the Tron: Uprising series – adapts his graphic novel into a hand-drawn short film about Techno Stypes, a hard-living daredevil whose self-destructive spiral eventually leaves him lying in a Chinese hospital in desperate need of a liver transplant. A crazy true story that charges animated autobiography into gritty new territory. The soundtrack includes original compositions from Robert Trujillo (Metallica) and Dave Nunez (Anitek).

Pearl
Set inside a weird hatchback, the short film directed by Patrick Osborne (Disney’s Feast) is one of the first VR interactive 360 Google Spotlight Stories videos. The movie follows a girl and her dad as they crisscross the country chasing their dreams. It’s a story about the gifts we hand down and their power to carry love. And finding grace in the unlikeliest of places. Pearl features music by Alexis Harte & JJ Weisler.

Piper
Directed by Alan Barillaro (supervising animator for WALL•E and Brave), Pixar Animation Studios’ new short debuted in front of Finding Dory. The dialogue-free film follows a hungry baby sandpiper as she learns to brave the shore and feed herself, making a friend or two — a group of hermit crabs — along the way. By copying their behavior, she starts to see the beauty of the underwater world and becomes skilled at discovering food for the flock.

Under Your Fingers (Sous tes doigts)
When her grand-mother dies, a young Eurasian woman performs dance and rituals to revive the peculiar story of the women in her family, from colonial Indochina to the transit camp where they were isolated. With her memories, anger and traditional rituals Emilie learns how to accept such a heritage. The scars of history felt by an eastern woman in the West. Directed by French reporter Marie-Christine Courtès, at her first animated work.