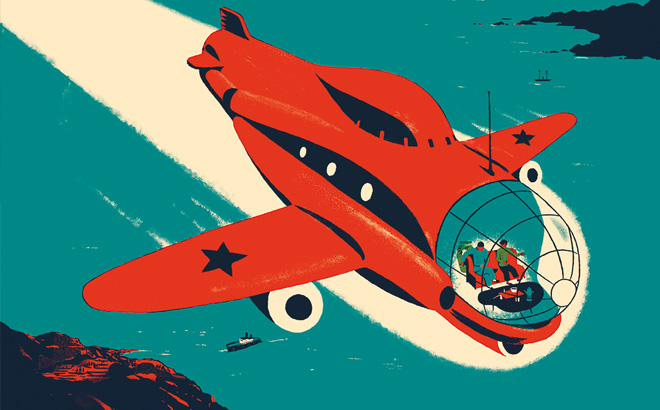 The importance of the festival and the Italian presence in Clermont-Ferrand.

Located at the bottom of a chain of eighty Volcanoes, in the fascinating region of Auvergne, stands Clermont-Ferrand, where every year takes place the most important short film festivals in the world and the second largest film festival in France after Cannes in terms of public and professional participation, capable to attract up to 164.924 spectators and over 3,500 industry professionals (data of 2014).

The Clermont-Ferrand International Short Film Festival, inaugurated in 1979 by a small group of cinema enthusiasts, the Clermont-Ferrand University Film Society, is the high point of many activities and missions related to the seventh art that last throughout the year, organized by “La Jetée “, the collective related to the association” Sauve qui peut the court métrage ” founded in August 4, 1981 with the aim to encourage the creation of an event of a large scale to promote the art of the short film: the festival as we know it know today. An event that since 1986 it has also a “Marché” with the intention of raising the economic profile of the “short films”. Each year, dozens of French and foreign television buyers, distributors and festival programmers, attend the wide programming to find work right to distribute, sell and present or the latest talent to engage.

Also this year, Italy is present with the Il Centro Nazionale del Cortometraggio (National Short Film Centre), renovated in shape, purpose and content, thanks to the direction of Jacopo Chessa, with its own exhibition space: the Italian Short Film Corner. The exhibition, produced with the assistance of the Ministry of Heritage, Culture and Tourism and the Piedmont Region, testifies the eight-year long presence of  the Italian effort  to represent, showcase and promote the national of short films.

The trailer and photos of Italian short films at the festival.

This year the Italian productions at the Festival of Clermont-Ferrand in the International Competition section and Labo, are three:

A paradise on earth, mountains framed by woods cozy, animals playing in harmony, happy mothers and children ruddy, from young healthy bodies and lush; Then, suddenly, something turns in a visual spell that gives to the classic painting a time to that they did not originally belong.

The helpless body. The torment of an ancestral instinct. The instinct of life and the power of death. The ardor that corrodes who conceals uncontrollable desire. Nicandro, seduced by the goddess Persephone, can not choose his own nature. Playing bingo in a baptistery in the medieval heart of a forest. A priest, peasants and bizarre creatures try to win the prize: a small plane. Everything from the music to the rhythm of the festival that takes place on the roof of the building.

The selection of short of the center of the short: Italian Short Film in 2015. Joseph lives in a fishing village on the coast of Liguria. One day he receives an offer that could change his life.

A little boy, on his return from school, found the front door closed. So he decides to wander the village, committing a series of teasing. Freely adapted from the novel by Luigi Pirandello “Cinci”.

While walking on the street, a voice, an intercom, a voice that comes out of an intercom, warm, sensual, a woman, ready to satisfy your every sexual desire.

Short story of a homeless.

A tribute to the artist and experimental filmmaker Born Frascà, inventor of the “method Scribble”, a form of free expression through which to probe the unconscious. Nothing is true comes from a state of intense pain following the reading of Fernando Arrabal. The reflected image, drowning, the human body, the rough sea and other places known meet: “Nothing is true, everything is permitted.”

A city that stretches in a global space infinite, without frontiers and uninhabited places where to find shelter, continuing the concept of the polis, however, become contemporary.

This series of short animation tells the numbers that are shown in a fantastic Circus. Cristina Lastrego interprets ithe alliance between the animals and humans who work with the aim to entertain the spectators.

A senior is sitting on the edge of a bed in a bare room with ruined walls, his face furrowed by deep wrinkles and unkempt beard, gnarled hands but still full of life, hunched shoulders: just as thoughtful. The only outlet to the outside, a small ramshackle barred window. In front of him, a mysterious suitcase. From 2014 movies are no longer distributed in the film. Paul Romagnoli works as, or rather was, a projectionist. The clang of the hammer that uproots his old projector punctuates his memories to their necessary conclusion.

The crowfunding of the CNC.

The National Short Film Centre has launched a crowdfunding campaign to support its activities for the promotion of Italian shorts abroad. Clermont is a key event, but the film market to which bringing the Italian shorts, and the tools they need in order to promote them, have large costs that the Centre is struggling to sustain. In particular, the Centre of Corto plans to be present at the Short Film Corner in Cannes in May 2015, the intent is to create a digital video library to offer buyers an exhaustive look on Italian production. It is important to support this campaign to promote the Italian short film sector in the world, hotbed of potential talent, and place of visual experimentation.