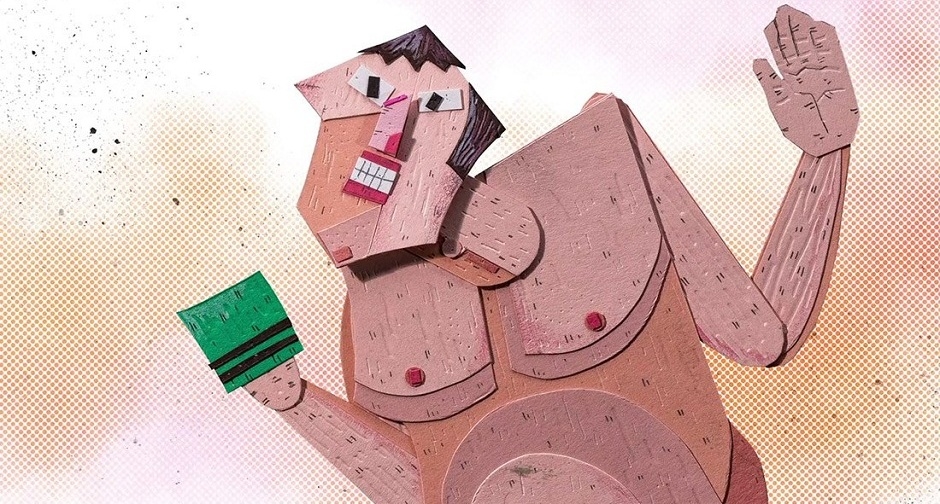 2018 has been a banner year for short films. The increasing diversity and originality of artistic ideas peak, as always, with our final tally for the year’s finest short films. Some of the most inspiring films were made by women, others are built on the absences of the past—and their ghostly emanations. But what matters now is the present, and to that end, these are our picks for the best short films of 2018 available online.

An east-end drug dealer’s day of work – with his young son in tow. A touching and intense father/son relationship shot in B&W and set in a working class world, as – according to Charlotte – “it’s the only one I know.”

A city boy spends the weekend in Tuscany to meet his girlfriend’s parents, and ends up hunting a legendary wild boar. Biting, ironic and ruthless, this short explores the clash between provinces and cities, machismo and progressivism. Read our interview with Federica Gianni.

This humorous stop-motion film examines in just 2 minutes our moments of lost self-control. And it provides a solution to them – sometimes losing control and letting dark impulses go would be the best cure.

From the director of Hand Gestures, a mesmerizing documentary on a Cuban cigar factory in Estelí, Nicaragua. A short film about manual labor and, according to Eduardo Galeano, the appropriation of memory in Latin America. Read our interview with Francesco Clerici.

Two boys sink into a seemingly innocent power game with Mother Nature as the sole observer. This “wildcats” game escalates out of their control. Set in an abandoned surface mine in Montréal, this short film explores through children’s perspective nature and culture, instincts and human psychology.

Sarah is a Palestinian-Syrian girl, and she lives in Beirut for three years. WhatsApp is her sole mean of communication with her parents in Damascus. Her father often sends her voice notes singing a song by Oum Kulthoum. The war has reversed their roles: the adults have become children who devour memories of the past. A poetic and intense short film about life and death, private and public, duty and responsibility.

Jeom means “black dot” or “birthmark.” For this animated film, made in stop-motion with paper, it is also what the protagonist has inherited from his father on his ass. A short film as amusing as ruthless about the inevitability of hereditary characters. Jeaom is a sequel to 38-39°C.

Director Charlie Tyrell seeks to better understand his late-father through the belongings he left behind… including a stack of VHS dirty movies. Narrated by David Wain, this outstanding animated short doc picks a funny, fantastic and incredibly inventive way to tell a personal story. Honest and real as its best.

Belluno is the hometown of Italian digital artist Emanuele Kabu. It’s a small town in the north east of Italy, surrounded by the Dolomites. This animated short is a homecoming, the way Emanuele feels everything has changed and how he changed too.

Pete Vallee is a 960-pound Elvis impersonator in Las Vegas. But he is not like any Elvis impersonator: Pete is convinced he is Elvis Presley’s secret love child. An incredible life story with a superb 70s retro look and feel, which shows under a lot of ironic and nostalgic tones the fight of a man struggling with his own identity.