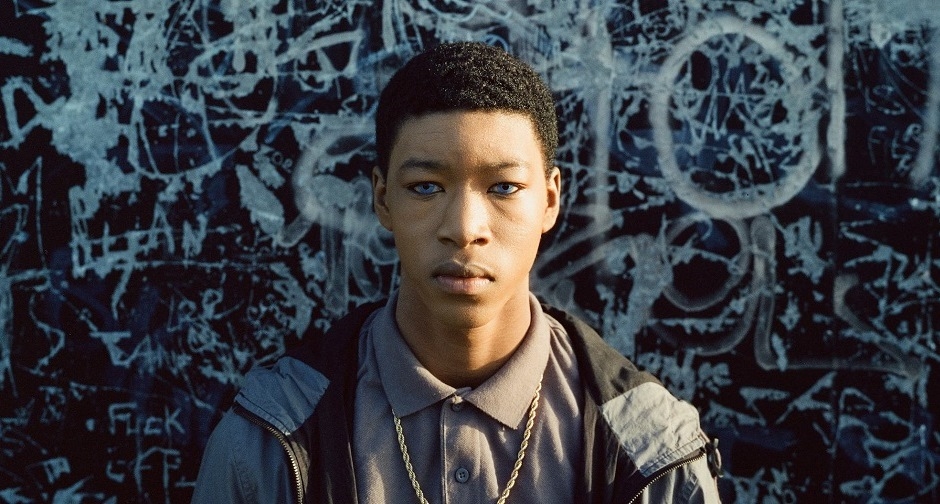 The 91st Oscar nominations were announced this morning in a presentation by the Academy of Motion Picture Arts and Sciences. We’re pleased to highlight for you 7 of 15 nominated shorts (Live Action, Documentary, Animated) that are online and available for you to watch from the comfort of home before the ceremony.

Fauve dir. Jeremy Comte
Two boys sink into a seemingly innocent power game with Mother Nature as the sole observer. This “wildcats” game escalates out of their control. Set in an abandoned surface mine in Montréal, this short film (already included in our 10 best short films of 2018 available online) explores through children’s perspective nature and culture, instincts and human psychology.

The other films are Detainment directed by Vincent Lambe (a shocking true crime about the murder of James Bulger, the toddler abducted, tortured and killed by ten year-old boys Robert Thompson and Jon Venables in 1993), Marianne Farley’s Marguerite (a powerful LGBTQ tale of friendship – between an aging woman and her nurse – and loneliness, desire and changing times), Rodrigo Sorogoyen’s Mother (the Goya Award winner is a psychological thriller about a young woman whose son gets lost while on holiday with his father) and Guy Nattiv’s Skin, the cyclical and destructive nature of racism told in a small supermarket in a blue collar town (the short has been developed into a feature film starring Jamie Bell, premiered at TIFF 2018 and inspired by the true life story of former skinhead Bryon Widner).

A Night at the Garden dir. Marshall Curry
In 1939, 20,000 Americans rallied in New York’s Madison Square Garden to celebrate the rise of Nazism – an event largely forgotten from American history. Part of Field of Vision project, this documentary uses striking archival fragments recorded that night to transport modern audiences into this gathering and shine a light on the disturbing fallibility of seemingly decent people. For more on the rally, read the Q&A with Marshall Curry here.

Black Sheep dir. Ed Perkins
After the high-profile killing of Damilola Taylor (ten-year-old Nigerian schoolboy who died on the streets of London in 2000), Cornelius’ mother moved their family out of London into the safety of Essex. Cornelius suddenly found himself living on a white estate run by racists. But rather than fight them, he decided to become more like the people who hated him – white. A stunning and poignant documentary, filmed with non-actors in the same locations where the real events took place 15 years ago.

The other documentaries are End Game by Rob Epstein and Jeffrey Friedman (three stories of visionary medical providers who practice palliative care, available on Netflix), Lifeboat by Skye Fitzgerald (the real-life rescue work of German non-profit Sea-Watch in the Mediterranean), and Period. End of Sentence. by Rayka Zehtabchi and Melissa Berton, which follows the revolution of Indian women against the deeply rooted stigma of menstruation.

Animal Behaviour dir. David Fine & Alison Snowden
Dealing with what comes naturally isn’t easy, especially for animals. That’s why Dr. Clement, a canine psychotherapist, leads a group therapy including five animals. The session features Lorraine, a leech who suffers from separation anxiety; Cheryl, a praying mantis who can’t seem to keep a man; Todd, a pig with an eating disorder; Jeffrey, a bird with guilt issues; and Linda, an obsessive-compulsive cat. But this week’s session proves to be a challenge for the group when they’re joined by a reluctant new member: Victor, an ape with anger-management issues. An hilarious zootherap from the co-creators of Shaun the Sheep.

Bao dir. Domee Shi
The first Disney Pixar short film directed by a woman: the story of a Chinese-Canadian mother suffering from empty nest syndrome. She gets a second shot at motherhood when one of her handmade dumplings comes alive…

Heartwarming moments are meant to be shared. Bring home behind-the-scenes, exclusive footage from Bao and 10 other critically-acclaimed shorts when you get the Pixar Short Films Collection: Volume 3 on Digital, @Movies_Anywhere, and Blu-ray today: https://t.co/aNv3akp3OZ pic.twitter.com/hpnroh4xtm

Late Afternoon dir. Louise Bagnall
The Irish director deals with a sensitive issue such as Alzheimer’s disease telling the touching story of Emily, an elderly woman who drifts back through her memories between the past and the present. Bagnall used TVPaint software for character animation, Photoshop for textures and to get the watercolor look, and Adobe After Effects for compositing.

One Small Step dir. Andrew Chesworth & Bobby Pontillas
TAIKO is an award winning animation studio founded in 2017 by Shaofu Zhang (the director of DragonBoy) along with former Disney animators Chesworth and Pontillas. The three met during the making of Big Hero 6 and created this truly international company. Their first production is this 3D short telling the story of Luna, a Chinese American girl who dreams of becoming an astronaut.

The other nominated short film is Weekends directed by Trevor Jimenez: set in 1980’s Toronto, it is the story of a young boy shuffling between the homes of his recently divorced parents. The backdrop of a broken up family becomes a surreal dream-like adventure, produced by Pixar’s co-op program and hand-animated by Jimenez, who works by day as a story artist at Pixar. He spent about 4 years in production in animation and layout.