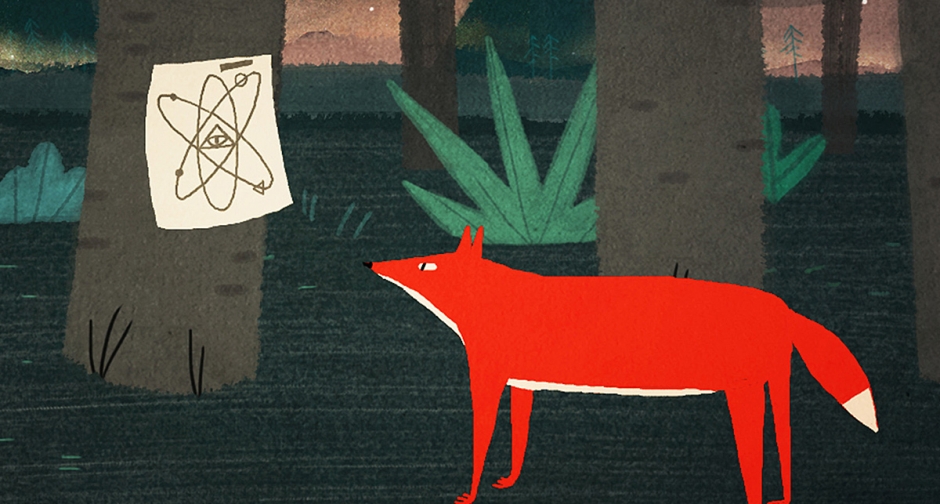 The 2015 Sundance Film Festival kicks off this week, and the shorts film program is comprised of 60 films divided in four sections – U.S. Narrative, International Narrative, Documentary and Animated shorts.

Here’s our selection of what not to miss this year:

A Million Miles Away – U.S.A. (Jennifer Reeder) A woman on the edge of failing and a pack of teenage girls simultaneously experience a coming-of-age. Through music – a wonderful ‘compilation’ of 80s hits, ranging from Madonna to Guns’n’Roses to Judas Priest’s You’ve Got Another Thing Coming – the all-female cast overcomes the difficulties of life, and comes together in a wonderfully orchestrated crescendo of emotions. The candid realism of Reeder’s direction, mixed with a dinstictly female sensibility and a talented and diverse cast make this one of the best shorts of the past year.

Symphony no. 42 – Hungary (Réka Bucsi) A festival favorite, shortlisted for the 2015 Academy Awards, this is a truly unconventional and striking animation. The short has a non-linear narrative, comprised of 47 different surreal scenes of small events interlaced by associations. Animals and humans interact with each other and their surroundings, starting a chain reaction of absurd, funny, shocking and touching situations. Add a wonderful character design and lots of pop-culture references and you have a striking short. London, 1999: A young boy skips school and leaves home to attend his first daytime rave. This is Riz Ahmed‘s (who starred in films such as Nightcrawler, The road to Guantanamo and Four Lions) directorial debut. In 1983, a group of Milwaukee teenagers gained notoriety when they broke into dozens of high-profile computer systems. The ensuing media frenzy terrified a nation totally unaware of the capabilities of computer interconnectivity. The group was called ‘The 414s’, and this documentary tells their story, through interviews with the members and the FBI agent who followed their case. This forgotten story of the first big hacking in the US history also serves as an anchor to discuss current events such as international computer warfare, financial crisis hackings and Anonymous, draws.

Followers – UK, Australia (Tim Marshall) Lynn, an elderly woman stricken with grief after her husband’s death, finds solace in an apparition of Jesus on the swimming trunks of a young gay man at her adult swimming class. Awkwardness, hilarity and a certain dose of sweetness will ensue. Tim Marshall gained a lot of attention with his previous short,Battlefield. Cult animator Don Hertzfeldt (Oscar Nominee for Rejected), known for his stories of black humor, surrealism, and tragicomedy, comes back to Sundance for the eight time. This new work, premiering at the festival, sees a little girl taken on a mind-bending tour of the distant future. A split screen separates the worlds of Jonathan Smallman, who is recording his online dating profile, and Philip Button, Internet chef and hamster, who is noisily recording his new cooking video. They both have turned to technology in their search for companionship but it doesn’t seem to be working. Until something unexpected happens… This hilarious stop-motion animation was made using both hand-made effects and digital post-production, and manages to be equally absurd, funny, relatable and heartfelt at the same time. Patients committed to Netherne psychiatric hospital between 1946 and 1981 created an extraordinary collection of artworks. The works were created in a pioneering art studio in the hospital run by the artist Edward Adamson. Today around 5,500 pieces survive, assembled together as the Adamson Collection, one of the major bodies of British ‘asylum art’. This documentary blends archive, reconstruction, 35mm rostrum photography, interviews and observational footage, is a moving portrait of the little-known history of UK postwar asylum life.

Superior – U.S.A. (Erin Vassilopoulos) Superior, the sophomore effort of director Erin Vassilopoulos, explores the relationship between identical teenage twin girls living with their single father in a small town in Upstate New York. When a stranger on his way to the Canadian border spends the night, he sparks one of the girl’s desire to distinguish herself from her sister. The twins’ collective experience begins to diverge. In the resulting battle of wills, one sister struggles to break free while the other insists on preserving their distinctive bond. Different needs and fears clash against each other, making the personal story of the two characters a more universal one.

Papa Machete – U.S.A. (Jonathan David Kane) Two hundred years ago, Haitian slaves defeated Napoleon’s armies with the same tool used to work the land: the machete. This documentary explores a martial art evolved from this victory through the practice of one of its few remaining masters, Alfred Avril, a poor farmer who lives in the hills of Jacmel, Haiti.

Bath House – Sweden (Niki Lindroth von Bahr) In this stop-motion animation, six characters meet in a public bathhouse: the pedant bathhouse manager, a couple with a strange way of communicating, and a gang with shady intentions. Something goes wrong. Niki Lindroth von Bahr is a visual artist, sculptor and director based in Stockholm. Flavia Ferrucci