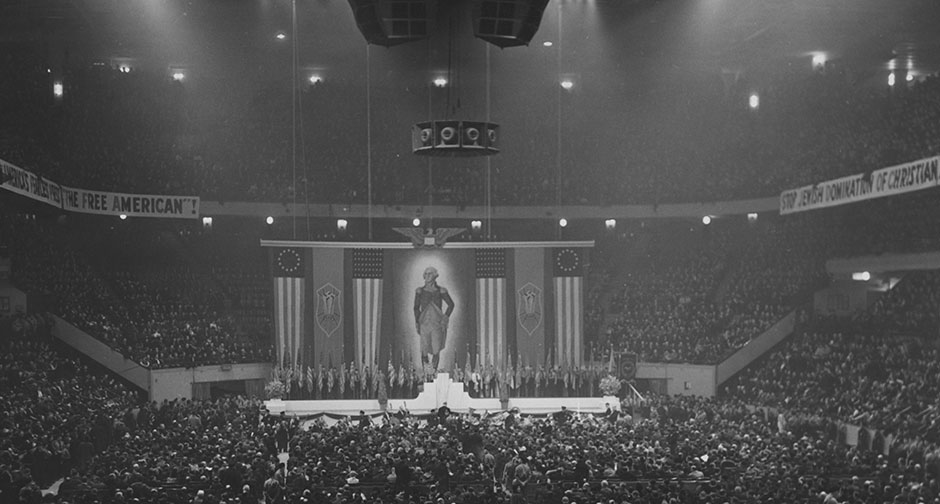 The 2018 Sundance Film Festival kicks off Thursday Jan. 18. This year, approximately 200 feature-length and short films were selected to play at the festival from 13,782 total submissions coming from 147 countries. Driven by innovation and experimentation, the Shorts Programs call out filmmaking’s most original voices. A number of short films heading to the festival are already generating heat, sight unseen. Good Short Films runs down four shorts available online that will keep you wide awake and on the edge of your seat. As Sundance programmers want to dispel the myth that “if you post your short online, you are blown for A-list festivals.”

A Night at The Garden by Marshall Curry
In 1939, 20,000 Americans rallied in New York’s Madison Square Garden to celebrate the rise of Nazism – an event largely forgotten from American history. Part of Field of Vision project, this documentary uses striking archival fragments recorded that night to transport modern audiences into this gathering and shine a light on the disturbing fallibility of seemingly decent people. For more on the rally, read a Q&A with Marshall Curry here.

LaZercism by Shaka King
Do you suffer from racial glaucoma? Ask your doctor if LaZercism is right for you. Mulignans director and writer Shaka King returns with this satire featuring Lakeith Stanfield (Atlanta, Get Out, Selma). A comedy short that explores the disease affecting white people’s inability to see people of color and their contributions… Funny, but not funny.

The Violence of a Civilization without Secrets by Ojibway (Adam Khalil, Zack Khalil, Jackson Polys)
Filmmakers Adam and Zack Khalil, in collaboration with artist Jackson Polys, investigate the recent court case that decided the fate of the remains of the “Kennewick Man,” a prehistoric Paleo-American man found in Kennewick, Washington, in 1996. This discovery unleashed a controversy with groups attempting to establish white ancestry, and with this seeking to altogether undermine the indigenous sovereignty over land and ancestors and annul centuries of colonial violence. The evolving science of DNA and cranial morphology was grotesquely called in to testify to the purity of the bones’ ethnicity, where native claims to embodied knowledge of its origin had little means of addressing the court. An urgent reflection on indigenous sovereignty, the undead violence of museum archives, and postmortem justice.

Glucose by Jeron Braxton
A surreal journey through the dream of a video game character who has been K.O. during a match. So we know that sugar was the engine of the slave trade that brought millions of Africans to America. Glucose is sweet, marketable, and easy to consume, but its surface satisfaction is a thin coating on the pain of many disenfranchised people. With a visual aesthetic inspired by internet and video game culture, a stylish CGI meditation on race and identity in 21st century America.