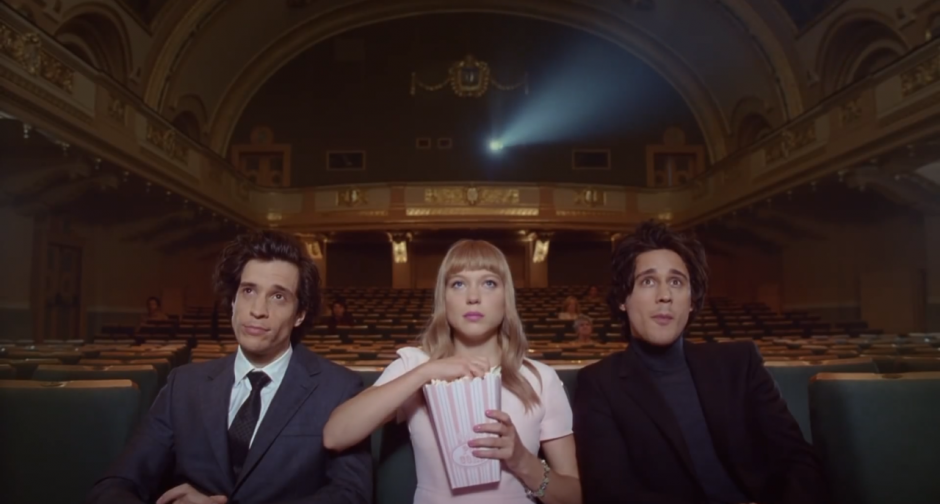 Fashion Film has just recently found a definition as a genre, but the mutual influence between fashion and cinema has taken many different forms throughout the years. Famous designers have contributed to the costumes of many movies, and it’s frequent to find collections that echo the glamor of cinema. Hubert de Givenchy’s dresses for Audrey Hepburn in A Breakfast at Tiffany’s , and Tom Ford’s first directorial effort A Single Man, are different yet complementary examples of the fortunate relationship between movies and fashion. Commercials, always suspended between the abstract and the narrative form, testify how cinema has always relied on fashion while building its own aesthetic – and at the same time designers from every era have been fascinated by it. Many fashion photographers have gone behind the camera to make music videos or shorts, and it’s not unusual to find directors dealing with editorial photography (see David Lynch for Purple, or Luca Guadagnino for Carine Roitfeld). The advent of internet has changed things drastically. Nick Knight was the first to realize the web’s potential, and in 2000 he launched showstudio.com, reinventing fashion images and the way we perceive them, giving life to a new genre, the fashion film.

There are no specific rules or stylistic features that qualify the genre, the sole requirement is, of course, to showcase clothes. These shorts – that can be narrative, abstract, experimental or with a classical structure – represent a wild territory where filmmakers can play around, having full creative freedom to express themselves. Youtube and the rise of social networks have also tightened the bond between fashion and short films. In recent years, major fashion houses have been the first to understand how valuable shorts can be to transmit creativity, values ​​and new ideas. The viral potential of short original and captivating movies is attracting a growing number of brands, even outside the fashion industry, who are producing more and more video content, in various forms and with the aid of emerging or notable talents.

In Italy, the brand that has been most active in the production of shorts is Miu Miu. The Milan company launched the project Women’s Tales at the 2012 Venice Film Festival. Women’s stories narrated by women, written and directed by various female directors offering their visions of femininity. Here’s Giada Colagrande‘s The Woman Dress, starring italian actress Maya Sansa. The original score has been composed by Au Revoir Simone (who also appear in the film) and really helps set the dark, moody and dreamlike atmosphere of this tale of magic and modern witches:

Prada is also very present in the video content world. After hiring Roman Polanski to direct the Therapy short, starring Helena Boham-Carter and Ben Kingsley, the brand started a successful collaboration with Wes Anderson, who directed a series of mini shorts for the launch of the Prada Candy L’eau fragrance.  Then came Castello Cavalcanti, a proper narrative short that saw the director re-join frequent collaborators Roman Coppola and Jason Schwartzman. The short, a tragicomic story with a certain Fellini feel,  was presented at the 2013 Rome Film Festival and has been entirely shot at the Cinecittà studios:

In 2012 our featured talent Carlo Lavagna shot this film for Valentino, a delicate and poetic look at the the making of an haute couture dress , an Unico indeed:

In the US the younger brands are the ones using video content in a more viral-oriented way. Rodarte‘s Mulleavy sisters have an ongoing collaboration since 2010 with Todd Cole that so far has delivered 3 fashion films. Aanteni, an science-fiction horror, was followed by The Curve of Forgotten Things in 2011 (starring Elle Fanning), and This Must Be the Only Fantasy in 2013. The latter stars Elijah Wood and it’s a surreal and magical tribute to fantasy, 80’s video games and the RPGs so loved by the designers. The original score was composed by Beach House:

French accessories designer Olympia Le-Tan commissioned the animation Mourir Auprès de Toi (To Die by Your Side) to Spike Jonze. The director used stop-motion to bring the designer’s felt book-bags to life, while narrating a tragicomic love story between a skeleton and his lover:

In 2013 Lena Dunham directed Best Friends for Rachel Antonoff. The creator, star and director of HBO’s Girls, is once again narrating the lives of young New York girls, in this intimate portrayal of two 30somethings that share everything in their lives: