A documentary directed by the android filmmaker Mk3, found in an old VHS cassette, tells the rebellion of the robots against human domination

Directors Riccardo Bolo and Alessandro Arfuso have used archival & found footage: this short was the result of the Zavattini Prize 2017, the call that allowed professional and amateur filmmakers to dig into the precious footage of AAMOD, the Audiovisual Archive of the Democratic and Labour Movement.

Blue Screen is a newsreel from the future, a future where the liberation from work has itself turned into further social inequality and insecurity. The documentary directed by the android filmmaker Mk3, found in an old VHS cassette, tells us what happened out there. Yes, because the third-generation androids carried out acts of rebellion against human domination. 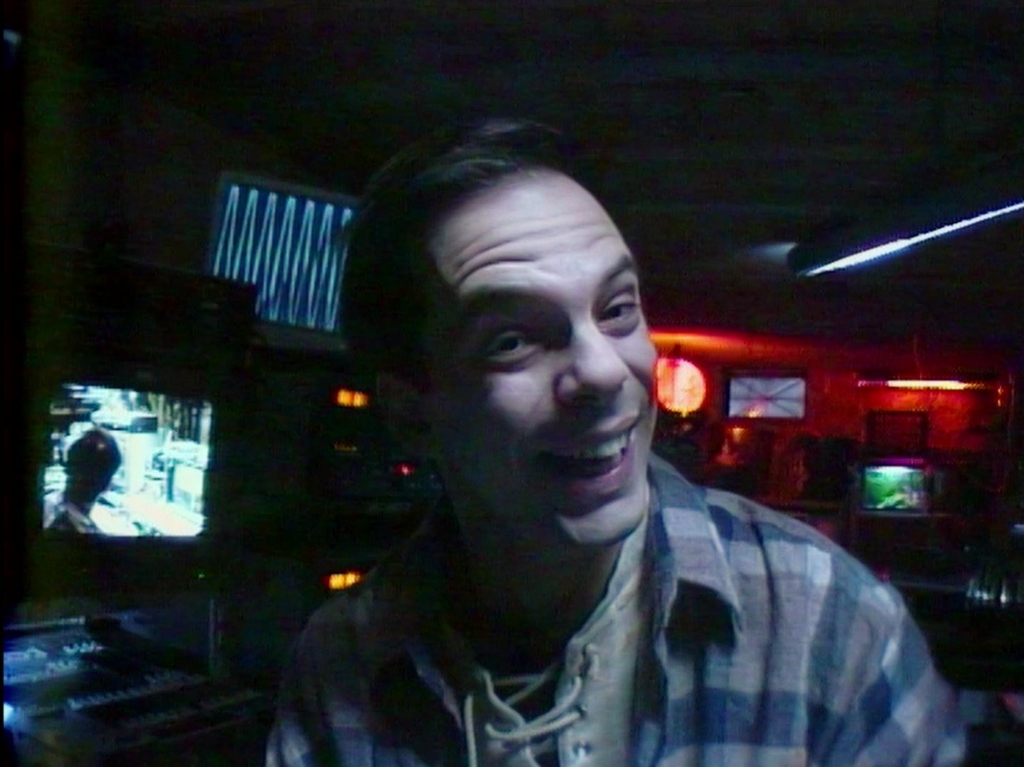 Told as an intimate diary of a collective displacement, Blue Screen shows off an uncommon imagination (from the opening to the ending titles) and underlines again a fundamental idea of our time: the need for (and exercise of) memory. And it does it being on the losing side, the concrete historical device of the class struggle moved by the exploited against the exploiters.

Riccardo Bolo and Alessandro Arfuso drank the archive down. Alessandro particularly mentions the work done by Ansano Giannarelli, one of the founders of Aamod, whose documentaries “stand out for their technique and liveliness.”

“Following the trail blazed by Marker and Herzog, filmmakers to whom this movie owes everything, we tried to occupy the paradox created when archival footage is rewritten,” they stated. “Through this paradox, in the opening sequence Brezhnev suddenly becomes the president of a fantastical Eurasian country, without ceasing to be Brezhnev, and his speech on the five-year plan becomes the announcement of an update to the service androids’ system, like tanks against the Prague Spring, continuously challenging the line between reality and fiction, between fiction and documentary, and brazenly making images and imagination collide.”

Blue Screen is an incredible, intimate, cathartic and metaphorical work, at the confluence of doc and political-social sci-fi. To be watched together with Robbie by Neil Harvey.

An emigrating father writes home to his son: a short film that tells in 3 minutes what is America today

In war, beside life, you lose first of all yourself