Letters of Italian Partisans Condemned to Death is what Ferruccio Parri called “the first anti-fascist documentary.” The short film directed by Fausto Fornari, based on the collection of letters publised by Einaudi in 1952 and curated by Piero Malvezzi and Giovanni Pirelli, reconstructs the last messages left by some Italian Partisans sentenced to death between 8 September 1943 and 25 April 1945. There messages were written quickly, often on makeshift sheets or engraved with a sharpener on the walls of the cells, and tell the story of the places where the condemned lived, fought and sacrificed themselves.

A tale of the Resistance from Vercelli to Savona, from Fiano to Rome, from the prison of Turin to the wall of the Martinetto shooting range where the executions were carried out. “A documentary filmed on the places where painful and heroic events of the recent history of Italy took place,” says the opening title. Starting from there, the voices of the condemned come to life and begin to tell their painful stories, which from a private drama become collective History. Fornari was a student of Attilio Bertolucci and this was his first short film. He directed this work mixing fiction camera style (panoramics, zoom, the POV shot at the end of the film) and documentary. It was something really unique for the time.

Premiered at Venice Film Festival, where the audience welcomed it initially between the hisses and at the end of the screening praised it giving “the longest applause of the festival” (according to “Cinema nuovo” mag), Letters was shot in 1952, seven years after the events of the Resistance. This silence can be explained by the phobia for Soviet expansionism that led to the Cold War and by the Italian political will, by the same Communist Party led by Palmiro Togliatti (who had not participated in the Resistance), not to dampen the euphoria of the American peace that animated the country, the South in particular.

“Throughout Italy, with the renunciation of the processes of purification and expropriation of illegally accumulated assets, the ruling class was always the same,” explained Fornari in an interview with Giampaolo Parmigiani. “Society, as Parri wrote, ‘remains so lazily anchored, in large part, to the legacies of the past.’ The same people who owed their careers to the well-outsided fascist sentiments and their fascist friendships, continued to sit in the Roman ministerial offices responsible for financing the film industry. Short films did not have their own receipts from the theatres where they were screened; they only enjoyed state contributions. Imagine the spirit with which anti-fascist short films could be examined for access to the grant!” 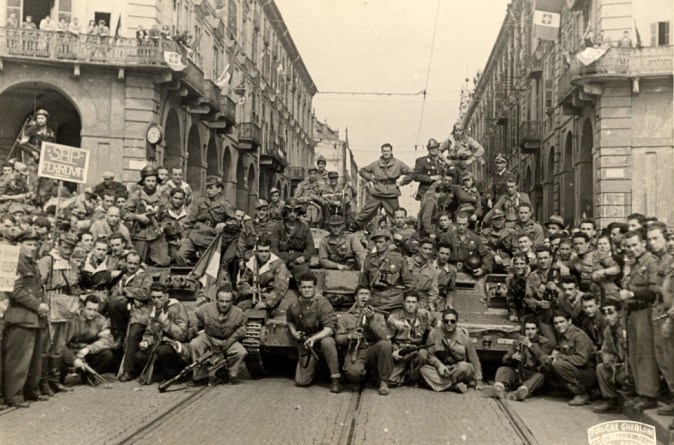 The production of this short film was particularly complicated. After receiving the green light from Pirelli and Malvezzi and then from Giulio Einaudi, Fornari was “imposed” on Cesare Zavattini as a contributor to the screenplay: if he had a “no” from him, he would have to destroy, by signed commitment, hard-copy and negatives. However, Zavattini was enthusiastic about the result and when the editing was finished he agreed to appear with his name, in the titles, as a screenwriter.

Letters was an award-winning critical success in Italy and abroad, but it never had a distribution in the circuit of cinemas of the time. “Political and moral climate – Fornari stated – was such at the time that no distributor wanted to deal with it, not even the president of the most important company for the production and distribution of short films. I think it was the Documento Film, and I apologise if I can’t remember correctly. This gentleman, lo and behold, was obviously a living Gold Medal of the Resistance. He got rid of me very kindly saying: ‘You have a lot of talent; make me a hundred films on any subject, I’ll buy them all in a closed box. But the Resistance, no. The subject is over and nobody wants to know more about it’.”

“The most powerful feeling – film historian Gian Piero Brunetta wrote in his book Italian Identity and European Identity in Italian Cinema from 1945 to the Economic Miracle – is that the new Italian, born from the war and the Resistance , had no kind of history or identity, he was affected by deep amnesic states from which he’ll re-emerge only in the early sixties. The conscious loss of the prior memory, which cinema, in turn, facilitates by accepting the pact of collective removal signed by all political forces, imposed the construction of an identity based almost only on the present and on the short-range imagination of new possible worlds.”

Despite the success, Fornari left the world of cinema to return to Parma to take care of the family business. His tremendously relevant short film remains and it’s awfully important today, when collective removal has become a sort of social mission, like those enemy machine guns that madly shoot at the beginning and end of the film.

A mysterious and personal story about the director's grandfather

The flow of daily life in the shadow of dictatorship