10 years of war reporting around the world in this moving and very powerful video-testament by British photojournalist Tim Hetherington.

Diary is a highly personal and experimental film that expresses the subjective experience of my work, and was made as an attempt to locate myself after ten years of reporting. It’s a kaleidoscope of images that link our western reality to the seemingly distant worlds we see in the media. 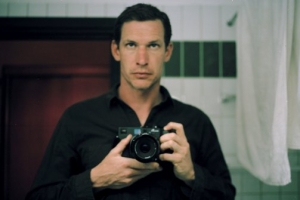 Timothy Alistair Telemachus “Tim” Hetherington was a brilliant and passionate photojournalist who produced books, films and other other work ranging from “multi-screen installations, to fly-poster exhibitions, to handheld device downloads“. He was killed while covering the front lines in the besieged city of Misrata, Libya, during the 2011 Libyan civil war, after spending more than a decade working in war zones.

He produced and directed the award-winning film Restrepo, a film about a platoon of soldiers in Afghanistan that won the Grand Jury Prize at the 2010 Sundance Film Festival. That same year, Hetherington also shot a short film, Diary.

The dynamism of this film is profound, inspirational and multidimensional. It empowers consciousness and expands horizons. It is a rude awakening to the realities of human beings and what they’re capable. A moving document that gives a sense of Tim’s personal feelings while shooting such powerful works as Liberia: An Uncivil War (2004) and The Devil Came on Horseback (2007), Afghanistan – The Other War (2009) among others.

After his departure, the Tim Hetherington Trust was founded with the mission to promote the continuation of Tim’s vision on photojournalism by promoting the continued use of his work and by supporting new work by other artists.

Hetherington was posthumously awarded the Frontline Club Memorial Tribute Award on November 23 2011, along with photojournalists Chris Hondros and Anton Hammerl for their exceptional contribution to journalism. Rest in peace.