Know what you are consuming...

The story starts in a lurid clinic, where women are held in captivity. They are forced to live inside narrow cages, monitored by a couple of workers and a nurse, who is also supervising the births of these poor prisoners. Rudeness, screams and mockery, are the daily bread for these women who are living in an unknown space and time.

The Herd impressed me from the very beginning. Maybe for a matter of sympathy for this representation, but also because for the first time I’ve watched something this trenchant applied to this theme. While I was looking for a definition to label the short, I’ve realized that the answer was easier than I’ve guessed – this is not just a classic horror or a sci-fi movie, it’s a political piece. 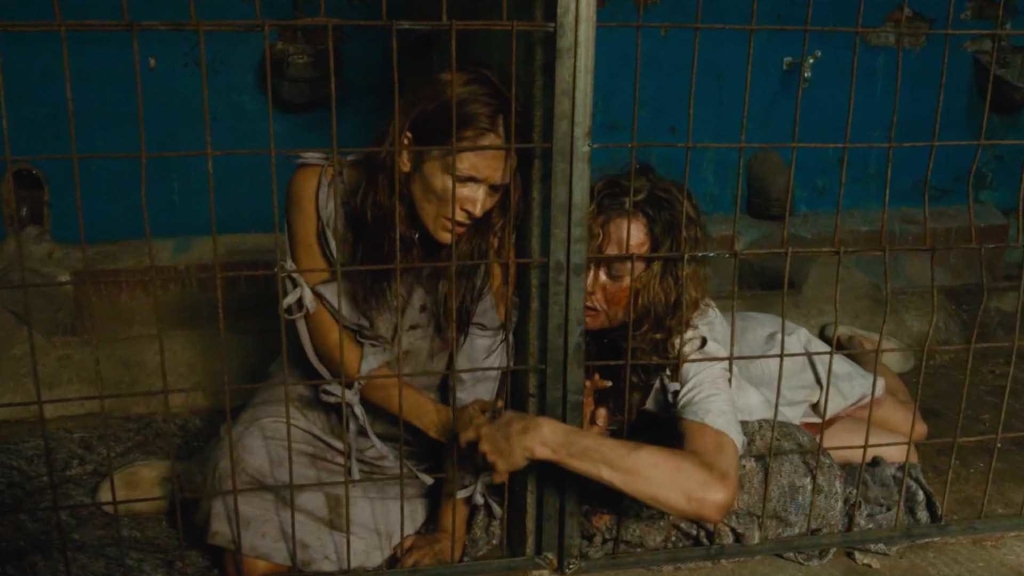 Director Melanie Light strongly believes in what she is showing us and she is highly capable to handle the topic. From the beginning till the end credits (integral part and functioning to the comprension of the entirely short), all can lead to a discussion. Nobody could remain unresponsive, whatever its position is.

Great cinematography, able to set saturated and contrasted atmospheres, which are seeping delirious. Great acting – convincing, annoying, irritating and getting anxious at the right time. The cast includes Pollyanna Mcintosh, the main character in Lucky McKee’s The Woman and co-starring in the new series inspired by Joe R. Landsdale’s novels, Hap and Leonard, directed by Jim Mickle.

Lunacy and cruelty merge in a realistic representation of the world, kept beyond thick walls. The Herd applies an updated and adapted Texas Chainsaw Massacre aestetichs to a contemporary issue.

The Herd has just closed its festival world tour, receiving awards and recognitions, including the Italian premiere at the Trieste Science+Fiction Festival.

Eat Your Heart Out Films