Janez Lapajne is a Slovenian independent filmmaker and former (first) president of the Directors Guild of Slovenia. Born in 1967, he graduated in film directing at the University of Ljubljana. His awarded and critically acclaimed feature films – Rustling Landscapes (Selestenje), Short Circuits (Kratki stiki) and Personal Baggage (Osebna prtljaga) – are among most noteworthy achievements of the contemporary Slovenian cinema. He founded PoEtika, an occasional academy for researching the art of film directing, which he heads as mentor. He also collaborated as a writer, an editor or a producer on some other feature films (Rok Biček’s Class Enemy, Nejc Gazvoda’s A Trip and Dual) of younger Slovenian film directors – his former students. Who’s Afraid of the Big Black Wolf? (Kdo se boji crnega moza?) is his first short film after his very successful graduation film Breakages (Crepinjice) in 1997.

The story is set in 1944, somewhere in the occupied Central Europe. A multicultural triangle between a little shepherd and two officers from the opposite sides, a German soldier and an American one. White and black – two tunes and one whistle. Lapajne explained us this sensual and emotional Alpine story.

Tell us first of all how this project was born. What inspired you to focus on this story? Is it true that you wanted to direct it for a long time, since when you listened to your father’s stories about war? And that the idea became more concrete when you watched an edited version of Valley of Peace by France Štiglic?
My father’s childhood during the Second World War was the main inspiration although events in the film have nothing to do with his own personal experience of war. The fictional film story unfolds in 1944. In that year my father was of the same age as my younger son in the leading role during filming. And they both looked incredibly similar at the same age. I had a chance to watch Sergeant Jim, the American version of Valley of Peace. There was an emotional scene, apparently censored in the original Slovenian version. The totalitarian authorities did not allow it due to a gospel sang as a lullaby by an American soldier. Only completely insurmountable idiots can throw such a subtle scene out of the movie. And so, that powerful scene recruited my thoughts for a decade, until I finally wrote Who’s Afraid of the Big Black Wolf?.

But the reference point for your short film, instead of France Štiglic, was Michael Haneke and The White Ribbon, is that it?
The music scene in Seargant Jim was a trigger point of the content, The White Ribbon served me as a starting point for the image of the whole.

Emotions are essential in this short, as in your other films. You talk about race, war, politics, but above all about humanity and the search for a family.
By the way, in contrary to general superficial belief I find a lot of emotions in Michael Haneke’s films. Philosophizing about mentioned issues is usually vain. I think a filmmaker is simply creating films about a human being acting on the screen for a human being sitting in the cinema. The filmmaker is always standing between the other two… standing or falling. All three have to do their own homework, and emotions can be a valuable encouragement on the way.

For us as foreigners, the Slovenian mountains — a significant character of the story along with your “real” characters — have an apparently irrelevant strength. What do they mean to you instead?
Well, Paris has the Eiffel tower, Pisa has the leaning tower, and Slovenia has Mount Triglav, our national symbol and the highest peak of the Slovenian Alps. This film is also dedicated to Slovenian movie classics, and the first two Slovenian feature films were shot in the Alps. But a need for a remote scenery had a greater role for me. I was thinking about a place far from epic European battlefields in the World War Two. And mountain meadows surrounded by high peaks can be charming and scary at the same time. I was not interested to make a documentary-like short about Alpine shepherds’ life in the past. Therefore a child in the film deliberately looks more like an angel rather than a dirty peasant. I felt the need for a character and a metaphor in the same person. And the Alps served me perfectly as kind of a farytale venue. Well, foreign spectators shouldn’t be bothered with so called ethnic meaning of the Slovenian mountains, I think.

The short is spoken in three languages – Slovenian, English, and German. But even those who do not understand any of these languages easily understand the essence of the film. Was this really what you wanted?
Most of short films without dialogue look too artificial. I don’t like to avoid dialogue. Spoken language in films is always a special challenge. It is important for this film that the main character do not understand English and German. Everybody has to be aware of that fact, including spectators. Misunderstanding of spoken words encourages other forms of communication between characters, and serves as an information for the spectator that this non-verbal communication is not a concept, but a necessity for characters. And it is significant that the main character is speaking only once, using just two simple, appropriate words.

How did you work on the digital image processing process and on this amazing black-and-white?
The black and white image was in my mind since the very first idea for this film. Therefore I chose a cinematographer already skilled in black and white photography of real life. Only two wide anamorphic lenses were used for the whole film. And at the end Haneke’s permanent Viennese colorist upgraded a similar procedure previously used for The White Ribbon.

How does your film connect with issues today in Europe and the rest of the world?
In the same way as it is connected to the rest of the history. I’m not interested in day-to-day events and political topics at all. I’m much more interested in those small fateful things that are woven between people than I am in explosions and ideological bluster. Simply, my focus are human beings in all their longings and limitations.

How did the casting process work?
There were three separate parts of the audition process. Within our family between both sons for the main character. In New York City for the American airman. And in Munich for the two most exposed soldiers among Germans.

What do you start from when you decide to create a story?
It depends on an indivudual film, my current mood and interest. I would say that age also has something to do with it. I don’t know. Probably an idea worth making a film is the only noteworthy starting point.

Have you ever wondered why you decided to become a filmmaker?
I’m in love with films ever since my parents took me to the movies for the very first time. After the projection of the film, Disney’s The Jungle Book, I was searching everywhere for Baloo the Bear and other characters. Therefore I even opened garbage cans in front of the cinema. Nevertheless, I started studying film directing quite late because, first, I had to clarify myself about the love of my life: movies or fine arts.

Are there any short films that have changed your vision on (and about) cinema?
Feature films have been always much more influential for me than short ones. Even to such an extent that I had no intention to direct short films after my graduation film, regardless of the encouraging acceptance of my student shorts. Well, now it looks like I’ll make at least one more short before dealing with my next feature film. 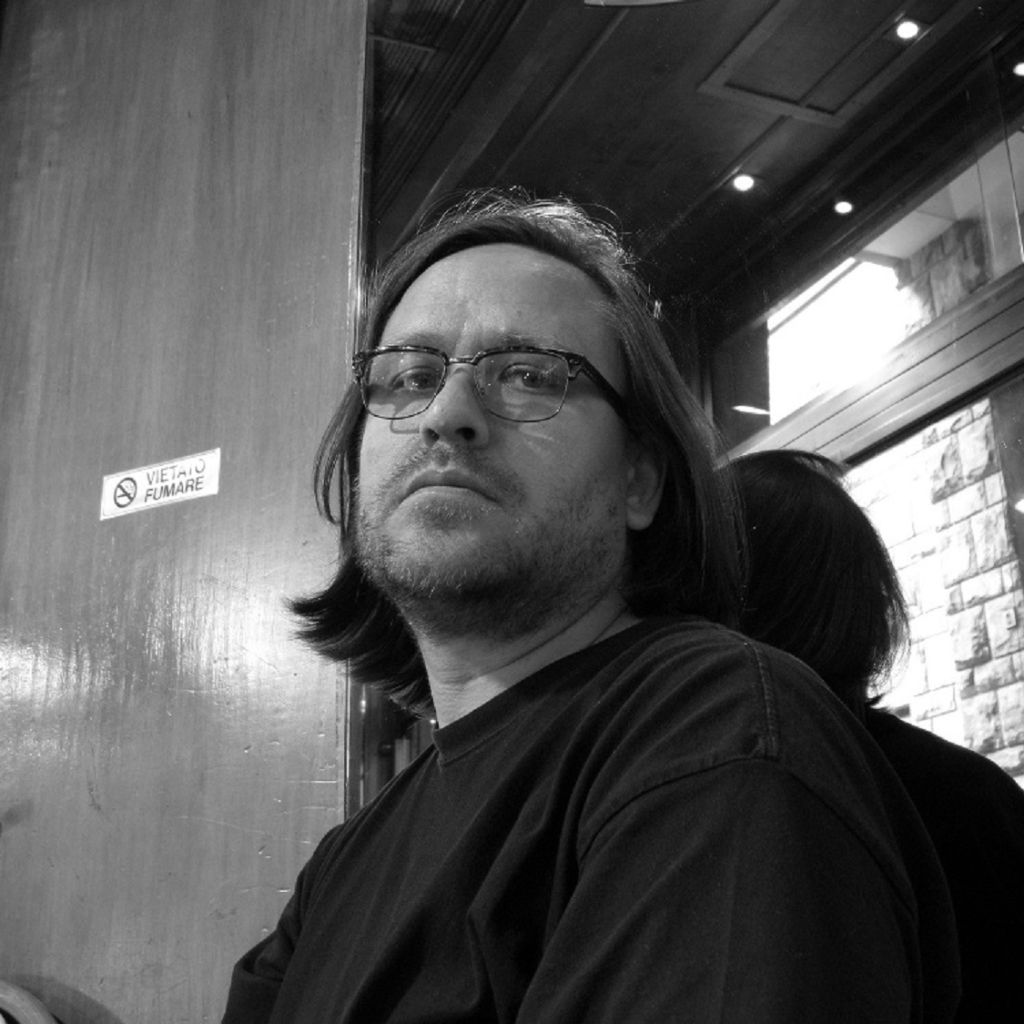 A child's journey to discover his and London's hidden nature