Belly Flop is a short film inspired by perseverance. Directed by Jeremy Collins and Kelly Dillon, this is the funny story of Penny, a fearless girl who tries to steal the scene from a talented diver.

Produced by the South African animation studio Triggerfish Animation, Belly Flop was named Best Animation at the AMA Awards in Rwanda. It has also won seven international awards (including the Gryphon Award 6+ at the Giffoni Film Festival) and was screened during the closing evening at the Annecy Film Festival.

The making of this film lasted about seven years: the project was born in 2011, when Kelly Dillon won a scriptwriting competition organized by Triggerfish.

Penny’s character is inspired by the girl from a family that hosted Kelly Dillon as an au pair when she was at university. Kelly remembered that when the girl started taking swimming lessons, she admired her persistence in learning to dive properly. Dillon directed the short film with Jeremy Collins, a South African freelance filmaker based in Cape Town, with over twenty years of experience in making animated short films. 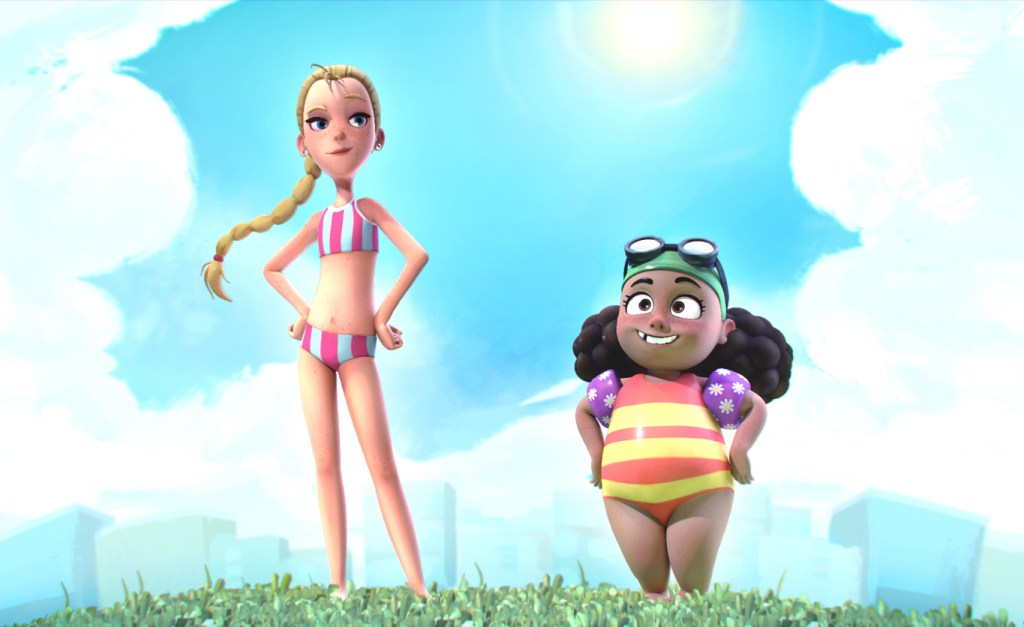 “The process of making Belly Flop was very similar to Penny’s day at the pool, a combination of perseverance, goodwill and luck,” says Collins. The short film was a long team effort, as you can see by the credits rolling at the end of the five minutes of the film.

Through the success of Belly Flop, Triggerfish affirms its primacy in animation and African film production. Among the projects closed this year there are also the animation of Revolting Rhymes, adaptation for the BBC of the classic of Roald Dahl, while it is currently in production on their third feature film, Seal Team, among the others.

Good things come to those who wait, and certainly good things will come from Triggerfish’s desire to cross national borders and challenge American dominion, the wish is that, as for the young Penny, Triggerfish can get a gratitude not only in festivals, but also by a wider audience.

No rules, only one ball and two narrow slits where to throw it in: it's the "calcio storico fiorentino", forerunner of the modern soccer.

Life and feelings of two rowers training in the placid waters of the historic canals in Milan.

A day in the life of Omar, a Senegalese taxi driver in New York City, who learns that any day could be his last.