The vertiginous reimagination of a myth of the history of film: the filming of Fitzcarraldo by Werner Herzog

Killing Klaus Kinski by Spiros Stathoulopoulos, Greek-Colombian director best known for the uncut cult film PVC-1 (2007) and Meteora (2012), revisits a myth of the history of film – the toughest part of filming Fitzcarraldo, the masterpiece directed by Werner Herzog in 1982. The whole process of making this film took over three years, the money kept running out, and the production got caught in a border war. The result was an epic tale about crazy and visionary Brian Sweeney Fitzgerald and his mad desire to build an opera house in the Peruvian jungle. No one died during the production, but cinematographer Thomas Mauch’s hand was split open trying to film the climax, a crew member was bitten by a venomous snake and then cut off his own foot with a chainsaw in order to avoid cardiac arrest, a plane crash paralysed one of the extras, and another three were injured pulling the tub over the hill. But mostly, as told in the documentary My Best Friend, Klaus Kinski became so difficult to work with that an Indian chief went to Herzog and offered to murder the actor. 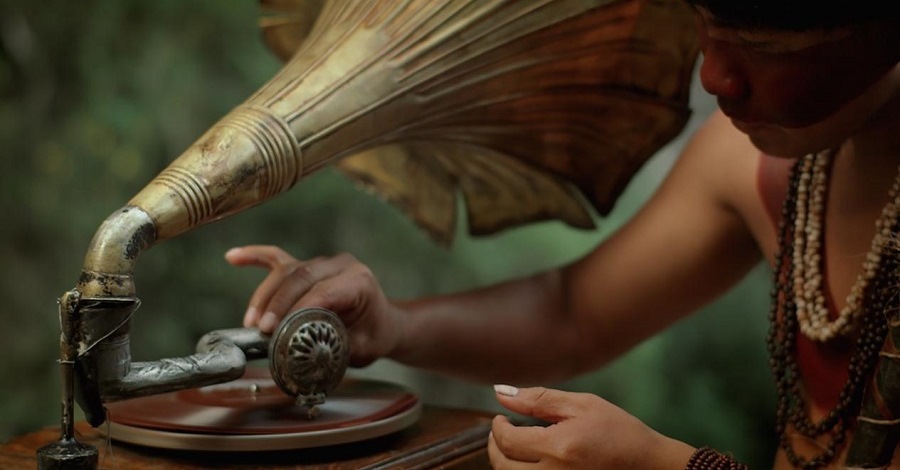 Kinski was one of the most eccentric and controversial actors of the twentieth century. He worked with Herzog on Aguirre, the Wrath of God, Nosferatu, Woyzeck, Fitzcarraldo, and Cobra Verde, always between esteem, complicity, outbursts of anger and conflicts. No editing and filming all one shot with a stunning sound design, Stathoulopoulos takes excerpts of Herzog’s statements as a starting point for a long take in which he imagines the toughest part of filming Fitzcarraldo, when Herzog and the indigenous crew members fantasize about killing the maniacal and obnoxious actor. Even though the voice over is Herzog’s, the perspective of the short film is that of the Amazonians whose lands are invaded by a German film crew.

The short circuit is it – no more a conflict between two white people, but a struggle wherein a western artistic project unbalances the spiritual ecosystem it wants to use as a set. If Amazonian people believe in their ability to achieve the necessary balance of coexistence to respect nature, Stathoulopoulos raises fascinating questions on artistic responsibility. Killing Klaus Kinski is part of Amazonas, project composed by six films about the Amazon rain forest, its inhabitants, and the challenges they face.

The Tree – by Cheikh Mohammed Horma

An immersive visual experience of Sahara desert, exploring the changing balance between man and nature

A funny visual timeline of classic films and characters