Moisés Aisemberg was able to make Guilt (La culpa), a short film about sexual impulses in adolescence, repression and child abuse, a meager, precise, and very tough film, like a documentary.

Author of Dulce Dolor, an intriguing short about the need to be honest with oneself, the Mexican helmer directs another rigorous and incisive short, which leads us to reflect from beginning to end, without ever yielding to controversy.

The aspect ratio of 4:3 is not a habit nor an aestheticism, it is quite a way to “crush” the young protagonist Diego, who is being harassed by teenager Patricio, just by sitting on him without giving any liberating moments.

The harasser has one big flavor in one: his father is the head of Diego’s dad. Suffering violence is to blame, a guilt that must be hidden not to be branded a “maricón.” Powerful men can afford everything, while the one who is subordinate must suffer. Or even worse, a father has to “sacrifice” his son so his boss doesn’t fire him. Just like the head’s kid does not have to accept his homosexuality not to be rejected by the parent.

They are all victims. And so a motorcycle ride, a discussion about Messi and Cristiano Ronaldo during fishing, a horseback ride and the arrival in the ogre’s den become a nightmare that affects the most immature and vulnerable age. 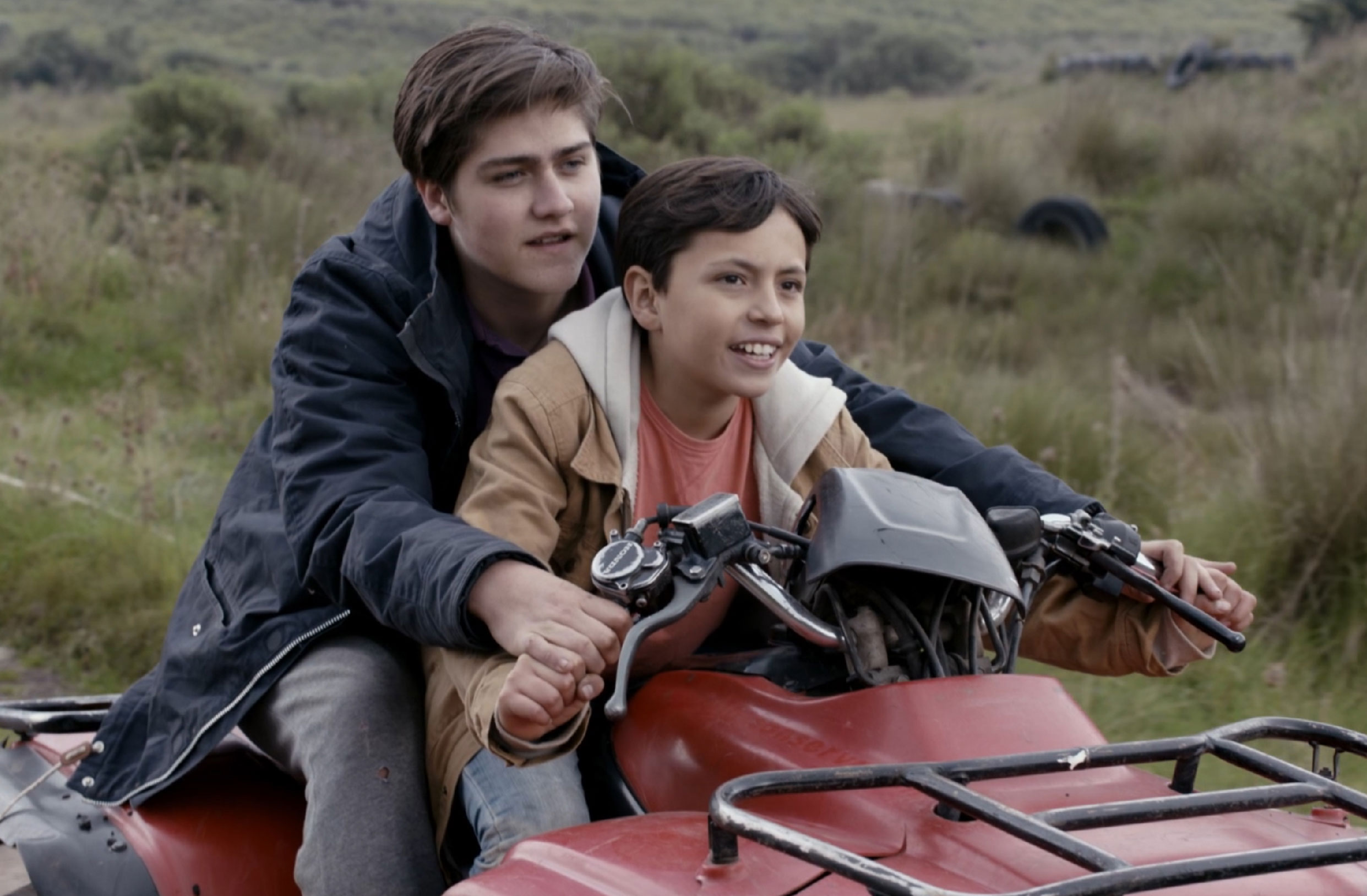 Guilt is a very successful short film, thanks to the brilliant filmmaking by Moisés Aisemberg, an intense and well-stocked cast, and a script able to dig deep into a difficult topic without rhetoric neither looking somewhere else.

A minimal drama that concentrates these complex issues with simplicity and honesty, with no sensationalism. Even though the director “suffocates” Diego (and we with him) with his shots, Moisés communicates effectively the emotions and feelings of his young protagonist.

According to Aisember, “Guilt seeks to represent the mechanisms of violence and cruelty that adolescents face today in relation to their parents and peers. Acceptance and repression play an extremely important role where, through a naturalistic narrative, the film conveys a deep feeling of helplessness. Generally, sexual impulses in adolescents are quickly suffocated by adults without giving rise to healthy experimentation, education and understanding. Child abuse is more common than we think and many parents are not willing to open the conversation with their children. The short film seeks to reflect on the possibility of not choosing a repressive life.”

The story of an addiction in form of acrylic paint on paper and experimental cut-up technique inspired by William S. Burroughs