A painful (and autobiographical) love story of magic and sisterhood

Inamorata is the first short film written and directed by playwright, filmmaker and Stanford University educator A-lan Holt. She was the youngest playwright to receive a two-year residency at the Joseph Papp Public Theater in New York where her play, The Bottom of Heaven was developed starring Lupita Nyong’o and Tonya Pinkins. For her directing debut, Holt has chosen a painful and autobiographical (but at the same time universal) story – the love triangle between Lola (actress and curve model Sabina Karlsson), Tabatha (Motswana actress and multimedia artist Natasha Mmonatau) and Joel (writer Joel L. Daniels, author of the book A Book About Things I Will Tell My Daughter).

Lola practices Yoga, paints the future and reads Tarot cards. She’s married to Joel and they have a daughter. But he’s cheating on her with Tabatha, a close friend of her. After learning of her husband’s infidelity, Lola finds herself in his lover’s bedroom. What happens between the two women, neither see coming. Tabatha and Lola are in fact soul sisters, they share the sisterhood and the electricity of a black woman. In this fascinating love story, they are all heartbroken, but these women choose to harness their power rather than surrender to hate and betrayal. Lola saw everything before it happened, and she knows that black love lasts forever. Afro intentioned and manufactured, Inamorata is a short film of style and a deep reflection on what it means to be, today, women and Afro-Americans. 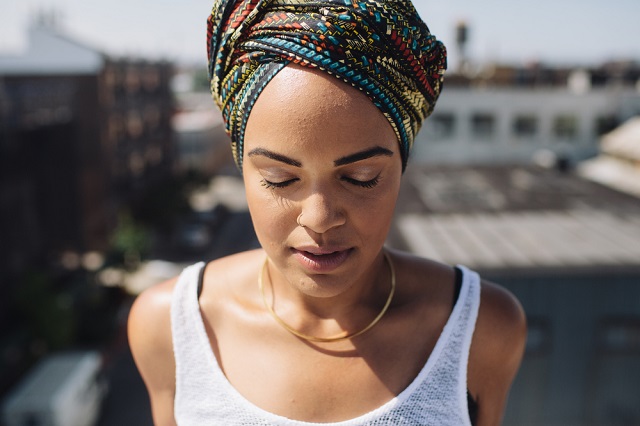 “Inamorata was inspired by a time in my life when I was experiencing so much change,” A-lan Holt explained. “Changes in intimate partnership, changes in my body; and one of my biggest transformations becoming a mother. I work in many mediums as an artist, but first I am a poet. I wanted Inamorata, my first film, to reflect my deep love for poetry, my deep love for women, and my belief in the power of intimacy. I am most proud of the collaborations that made this work possible through design, cinematography, chemistry of characters, and script. I believe we are holding a lot of story in these handful of moments. It’s been incredible to witness how many people find themselves in each of the characters. It’s been an honor to tell a love story like this, and to see that love story win.”

“This was my first time being part of a short film so I didn’t know what to expect,” Sabina Karlsson told us. “From meeting the crew and hearing their vision I knew that this was something I wanted to be a part of. Inamorata is special to me on a personal level as I’ve almost experienced the same love scenario. It was very emotional, but healing for me to work on this film. I couldn’t have asked for a better group of people to work with. People who were always there for me, accepting me and letting me go deep into my feelings and the role. Inamorata will always have a special place in my heart.” 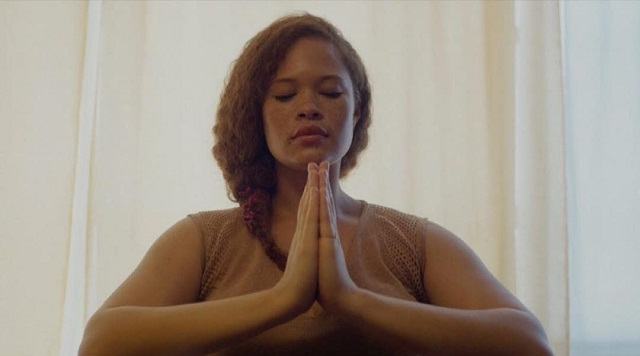 “When I first auditioned for Inamorata, I had no idea what an incredible journey the film would become,” Natasha Mmonatau added. “I was drawn to the poetry of the script and the complexity of each character. The film is a powerful exercise in learning about love. I’m so thankful to be part of a final product that reflects nuanced perspectives on black characters who love deeply and from places of true vulnerability. Inamorata is a spiritual journey into greater self-knowledge for anyone who experiences it and sees themselves reflected in the process.”

Indigo, the song featured in the closing scene, was written and performed by Natasha Mmonatau (Nati) and it’s available on her Soundcloud page. 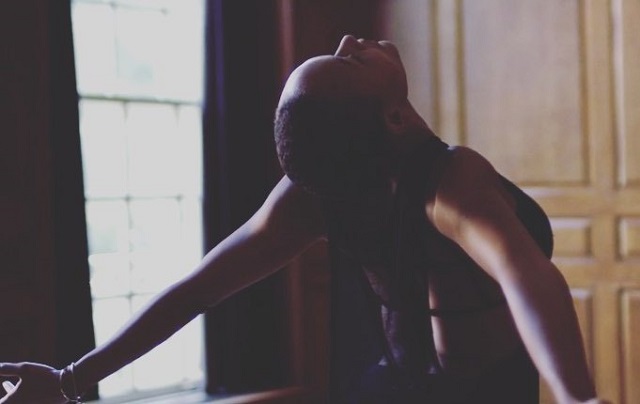 Hair Love – by Matthew A. Cherry

The 2020 Oscar-winner animated short, based on the true story of Deandre Arnold and financed by a Kickstarter campaign