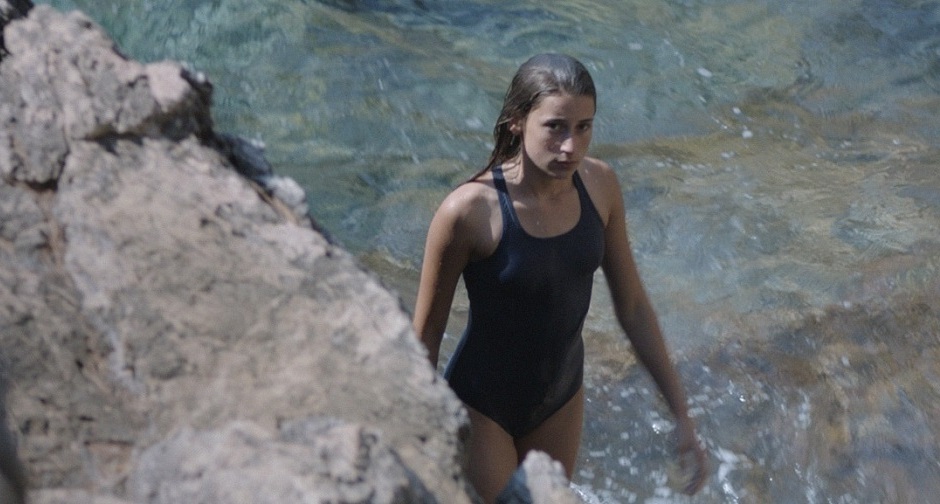 The global coronavirus pandemic has turned the summer of 2020 into the weirdest and surreal thing ever. Time perception has changed. Some days seem to pass very slowly while some weeks, and even months, fly by. The restrictions put in place to mitigate the epidemic do change how attention and emotion affect our sense of time and space.

Coping with the loss of routine and looking to fill the hole in your viewing schedule, here at GSF we’ve put together a playlist of the best short films that capture the holiday season and the suspended reality of this summer. No school, no international flights, just freewheeling adventures and originality of language and expression.

Sit back, relax and enjoy.

A remote island off of Croatia, three teenagers, the immensity of the sea, desire and violence. Antoneta Alamat Kusijanovic‘s short is of the best movies in recent times. Watch it and then visit the new platform Croatian Shorts.

Meryam Joobeur reaped hosts of prizes and awards with this tough and touching story about fathers and sons, patriarchy, and Daesh recruiters. To must-watch together with our Arab Series.

Nara Normande returns to her childhood in Guaxuma, a district in the city of Maceió, Brazil. The result is a charming, dreamy and melancholic animated doc about happiness and sadness, separation and death.

From Lebanon, Raoul Mallat tells with mixed techniques the poetic journey of Amal (“Hope” in Arabic) waiting for her life to take a new turn.

Summer equal horror. Dan Gitsham & Sophie Mair conceived this ghost story – a widow who utilizes the dark arts to see her husband once more – as a challenge to shoot a short film in their house in just one day. This is a safe bet.

Lyon, Faouzi, and Raoul are three boxers. But what happens when they are out of the ring? “The boxing sport is notorious for its upsets. No matter your celebrity status, brand endorsements or fan base, it is your dedication, motivation and mental strength that above all carries you to victory: half the battle is already won, or lost, before the bell sounds,” director Guido Ekker told us. Well done.

In a parked car over the course of one afternoon, former pusher Jimmy confronts his drug dealing childhood best friend Che about the dangerous road she is leading her younger brother Gino down. London-based filmmaker Louis Chan explores the toxic masculinity, “the complexity of platonic male/female friendship” and “how what’s left unsaid is often as important as what’s said.”

Said and unsaid, again. This rom-com by José Lourenço will redefine your idea of first date. Words are important and often necessary, especially during passionate encounters.

Based on an idea and texts by Russian-born and Rotterdam-based author Maria Palei, this short by Ivan Doan & Rosa Laurini is the fighting for survival of a millennial migrant in Berlin. The mirror of the capitalistic European liar: a social system promising freedom and restoring isolation, racism, homelessness and social alienation.

Prepare the wild costumes and make-up to watch this funny rock’n’roll comedy by Damian Wiseman. ZaFTiG is a one hit wonder glam rock band that has hung up the spandex. Until one day, one member’s financial troubles inspire them to reunite and make a second album.

As the Covid-19 pandemic sweeps the world, three neighbors shelter in a makeshift bunker while struggling to maintain their sanity. Atlanta-based filmmaker Ryan Monolopolus catches the moment and shot this challenging non-profit zero-budget short during quarantine, depicting society under lockdown inspired by confined setting.

Matias Borgström is a documentary film director based in São Paulo and this short was shot during confinement times in Brazil. “A set of shadows projected on walls” and “sound elements available within a temporarily abandoned space” describe the emotional turmoil from the quarantine experience and what happens when the crisis gets a face.

Just Philippot‘s festival favourite short is a dystopic survival story: apocalypse is now and takes the form of disruptive acid rain. A father and a mother try to protect their son, and there’s no turning back.

What if an amphibian sea-creature turns into a young woman and chases the elusive dream of becoming the fairest in the land? Thessa Meijer‘s short is an intense and eye-opening dramedy about ambition, perfection and self-acceptance.

Adam Meeks is a Brooklyn-based filmmaker and this teen drama tells the story of Abby, her brother Jack and his best friend Sam. The three walk at a beautiful cliff jumping spot in the California mountains, Furlong. What follows is desire, fear, and a violent and suspenseful turn. To be watched together with Wildfire , Meeks’ thesis short film shot within a Mormon community in the Rocky Mountains of Montana.

A young wolf attempts to reconnect with his estranged father. What happened during his childhood with his parent? French-Irish filmmakers Adrien Mérigeau & Alan Holly direct an evocative stop-motion-like animated short about the harmful effects of masculinity imposed by social norms and tense family relationships.

Based on Tom Clancy’s dystopian video game The Division , this experimental doc by Austrian filmmakers Robin Klengel & Leonhard Müllner is a set in a post-apocalyptic New York. You walk in a pacific trip through the recent architectural history, against the background of the conflict between the highway-building public official Robert Moses and the activist Jane Jacobs, author of the famous book The Death and Life of Great American Cities.

A View from the Window

Azar Kafaei is an independent filmmaker from Tehran, currently studying at the Stanford’s Documentary Film Program. This documentary, shot at the California School for the Deaf, is an immersive glimpse of an ordinary day through the eyes of deaf children.

Armed with a Colt and a small camera, French-Russian director Mili Pecherer travels from the snow-covered forests of Finland to Yeruham, a small town in the Negev desert, meeting on her way a few ordinary men who have been challenged by her femininity. An ironic and pungent portrait of the crisis of masculinity.

9 Ways to Draw a Person

Russian director, artist and animator Sasha Svirsky mixes abstraction, collages, and drawings in nine steps to describe how a person can be depicted. After having watched this, you’ll feel so inspired to go out and free draw.

Broken: The Women’s Prison at Hoheneck

German directors Alexander Lahl & Volker Schlecht trace how female political prisoners in East Germany spent their time at Hoheneck, the correctional facility in Stollberg. Based on original interviews with former inmates, this animated doc faces repression, slave labor, and the complicated relationship between East and West.

Welcome to Veles, Macedonia, where Sashko and a group of teenagers manufacture fake news simply because they can make some money. In her “fairy tale documentary,” shot with Super 8 and VHS cameras, director Kate Stonehill muses with truth and lies in our globalised world.

Roman Blazhan examines some of Kiev’s remarkable concrete architecture in this suggestive and nicely shot essay about the soviet era heritage. Architecture has turned into a real clash of generations.

“Working late is a killer” (especially if it’s a full moon on a Friday night) in Sydney-based writer and director Craig D. Foster‘s horror comedy. Laughter, romance, and chills insured.

Another horror with a Poltergeist feel, but this time it’s not going to be any kind of fun. Talented filmmaker Julian Terry constructs a scary story whose protagonist is Alexa… yes, Amazon’s personal assistant.

Do you have to be beautiful in the common sense of the word to be desired? Winner of the Film Critics Award at the Norwegian Short Film Festival, this hybrid of doc and fiction by Emilie Blichfeldt is an original reflection on the tyranny of beauty and the perception of the female body image.

Hi I Need to Be Loved

Of course Marnie Ellen Hertzler is a genius. In this mise-en-scène, she hires actors from Craigslist to perform her spam emails. The result is brilliant. To be watched together with Growing Girl .

Baltimore director Corey Hughes is crazy as hell, that’s why we love him. In this umpteenth hypnotic parable on the decay of western civilization, we are witnessing a YouTube Yoga tutorial. Namasté.

A bird and a boy cohabit in an unhappy relationship. Their fragile balance is cracked by a new arrival. Renee Zhan‘s dialogue-free & 2D hand drawn thesis animation at Harvard University is a delicate film about dysfunctional relationships, and about becoming a woman.