Deer is the guardian of the forest and the connection with the ancestors, Cernunnos is the lord of the woods and the protector of animals. But what happens when the fatherly rule collides with the mother’s civility? Is each of us really compelled to kill what we love most in the world? The strength of Deer Boy written and directed by Katarzyna Gondek lies in this borderland between darkness and light, day and night, reality and dream. The short film screened in a few hundred festivals worldwide following the premiere at Sundance.

Co-produced by Centrala, Motion, and The Fridge, Deer Boy is the third short by the Polish writer and director. Born in 1982, Gondek is today divided between Bruxelles and Poznań. This is her first fiction film and comes after Najwyższy (The Supreme, 2013) and Figura (2015), two wry short docs about the construction of gigantic statues (one in plastic and the other in fiberglass) of John Paul II in her native Poland. In the 13 minutes of Deer Boy—a thrilling and surreal dark fairy tale, the deer born boy within a family of hunters (Janusz Chabior as a kid and Eryk Maj as a child) tests his own virility against the maternal myth of fertility. 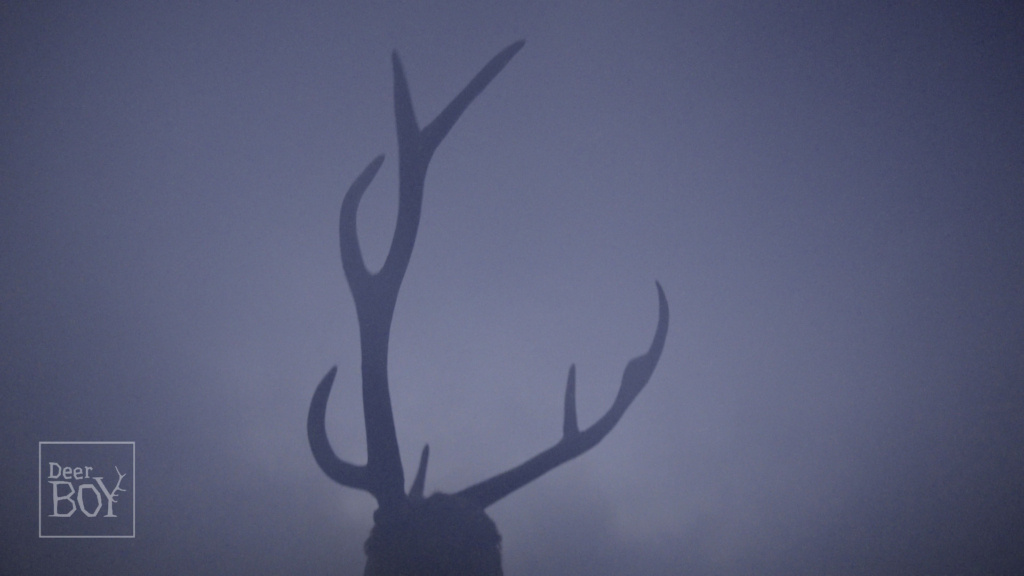 The young protagonist’s cervus elaphus grows up with an antler of branches and forks, grudge and self-loathing, blood ties and calls of the wild. Gondek wipes her story. There’s no dialogue, the filmmaking (and the sound design by Katarzyna Szczerba and the score by DJ Lenar & Ivan Zelić) makes all the work. Accurate and surgical shots and impressive jump cuts obviate Maciej Twerdowski’s livid camerawork.

Deer Boy‘s bases are the expansion of an earlier work by Gondek on the hunting rituals (hunters study the language of their prey in order to kill them more easily) and the reading of the book Farba znaczy krew (Paint Means Blood), in which former hunter Zenon Kruczyński describes his memories of killing animals and the obsession with control and the sense of power and authority behind the world of hunting.

“I like to tell stories stretched between beauty and horror. I consider them fairy tales for grown-ups, and I strongly feel we need them now more than ever, though we tend to forget how real they are—perhaps even more real than the news nowadays. We live among ghosts, myths, symbols, and metaphors, yet we tend to lose sight of them because we’re blinded by politics, opinions, and Coca-Cola commercials. I want to pull my viewers into a perspective where they can calmly observe the weirdness of the world. I want to put them on an empty street where they’re wondering about crocodiles,” the director explained in an interview with Criterion.

Katarzyna Gondek is currently working on her first feature The Root Crown (a mystery family drama financed by Torino Film Lab) and is also preparing Heart of a Tower, an animated film for kids made with Peter Budinský. Just don’t let her out of your sight.

Stay still a second! A flash of genius by the brothers directors of The Chair of Life