Lights Out – by David F. Sandberg

"Per aspera ad astra": from indie to major.

In 2013 the UK based production company Bloody Cuts launched a competition for the best horror short film, with a 13.000 dollars prize. The shorts were judged by a jury of horror celebrities: from the legendary Joe Dante to the indie queens Soska Sisters. Many competitors, but just one winner: the jury chose the Swedish author David F. Sandberg (namesake of the one beyond the almost legendary Kung Fury).

Lights Out has been built upon a simple inspiration – a presence is lurking in the dark and it vanishes, as any well respected bogey man, when the light goes on. What would you do?

Casting an eye on Sandberg’s credits, you can see that he doesn’t stay with his arms folded. He has begun in the far 2006. Animation gave him skills and many work opportunities. He dealt with documentaries for a couple of years but finally, he has achieved his true love, horror and sci-fi. 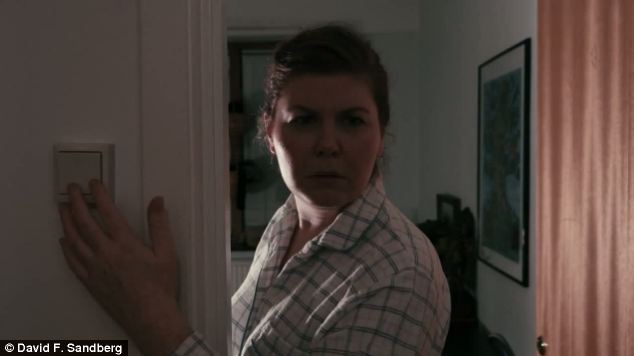 While working on mainstream projects in the daylight, he is also breeding a fire in the shadows which is pushing him towards indipendent horror, a thing that has made his luck. But it would not be fair giving Sanders all the credit and not mentioning Lotta Losten, the queen and co-author of his last works, the one and only actress and, last but not least, his wife.

The couple amusement is undeniable and shows a great talent in taking advantage of the genre mechanism, respecting the right time to fuel the scare and turning simplicity into strenght. Three minutes is not that much, but enough to build up a little tension-based structure and enough to fuel the curiosity of the audience. It’s like a precious box which keeps a secret – Jack in the box! The fright!

As it happens for many authors (this reminds me of the Spanish helmer Andrés Muschietti and his Mama), their ability has not passed unseen. The American director and producer James Wan has decided to take it on the big screen, and next summer we’ll watch Lights Out as a feature film. To be honest, I’m not a Wan big fan, but I’m totally supporting the Sandberg/Losten family.

An immersive audiovisual installation by Funken Studio, a chronicle of darkness where life loses every possible grip

The friendship between two Japanese white collar men changes as one of them turns into a puffer fish inside a sushi bar.