"Dogs are not our whole life, but they make our lives whole." And sometimes they save it...

I believe that ugliness and beauty, rather than being two sides of the same coin, are two good neighbours which are living on the same side, sharing a vague border and sometimes taking a cup of tea. Maybe this is the reason why monstruous attracts and repulses me and has pushed me toward a certain kind of literature, art, cinema and music. Considering my love for horror, my creepy collections and the fact that parents have the task of growing up children without traumatize them, recently I was hussled by a question and a fantasy in which I’m on the sofa trying to explain to my little daughter what a zombie is. Here comes Standfast Stanley.

Since every age has its right grade of depth analysis, I though the film is more than capable of introducing this cultural figure without indulging too much on morbid aspects and avoiding the truculent ones, giving emphasis to adventure. And there is a puppy.

Steadfast Stanley is John Cody Kim‘s third year final exam film at the Cal Arts School of Film/Video. John is a Korean born animator, grown in Canada and based in California. Steadfast Stanley is a 5 minutes short, with a little corgi named Stanley who is abandoned by his family at the beginning of a zombie apocalypse. But he doesn’t give up and he keeps on trying to find his owner, entrapped in a mall.

Obviously, there is no splatter and nothing resembling guts or deep blood red, but the danger atmosphere is well represented while the dog slaloms between undead dog-catchers and postmen. 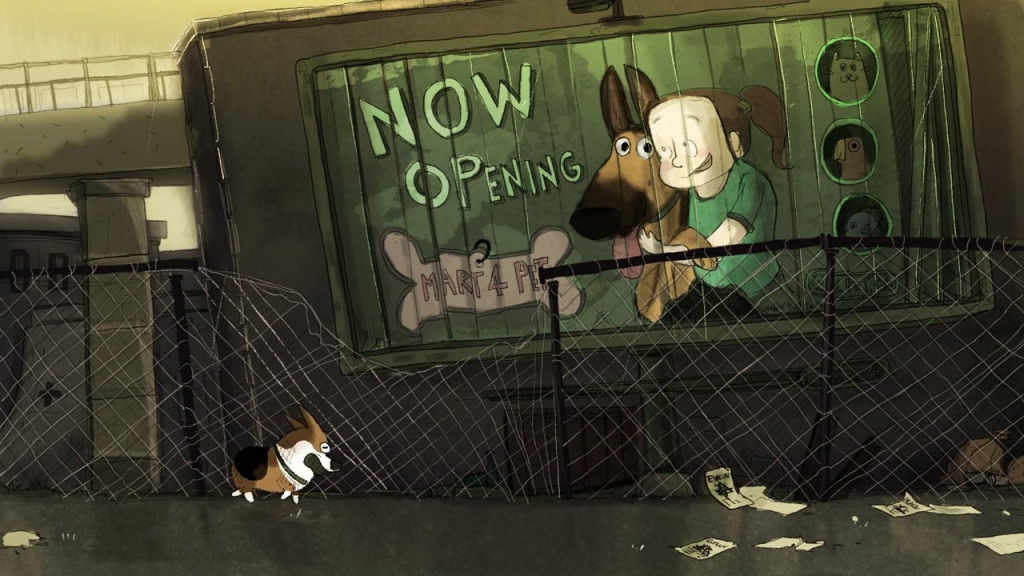 Now that I’m relaxed because I’ve enjoyed classic romerian allusions, I’ve experienced a big adventure, one you can just live with one of the greatest friend by your side, and at the same time I’ve distracted, entertained and educated my future daughter, with the self-awarness of being a future father model, I can leave you with this instructive interview with the director which will help you to find a context and enlight some funny short’s aspects. And don’t forget – don’t abandon dogs or any other kind of animal!

A weird, disturbing and terrifying slasher about mind-altering mutations