On a lake shore, a man is dragging a big rock tied with a rope. He’s sitting down on an old wood pier and lets his legs almost touching the water. High mountains are framing the horizon, but his gaze is low and goes deep under the lake surface. We sink between the creases of his life. While memories are flowing, we learn something more about this man. His last birthday, his women, the recital at school and his friends, his pets. One step beyond leads us to the point of the origin, where all has begun, with a privileged point of view on discomfort and the difficult of being accepted. 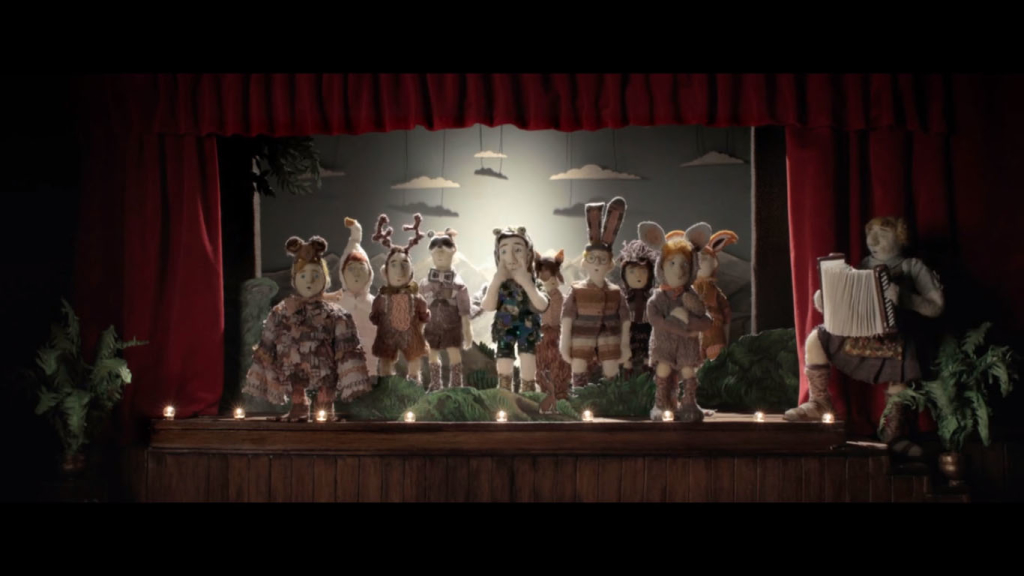 Nina Gantz, the director of Edmond, was a student at St Joost in Breda Art School, in the Netherlands. This is her graduation film, selected in 37 festivals around the world, including the Annecy International Animated Film Festival. Nina is a young woman with a wide smile and a sweet and passionate look. Edmond is a puppet made out of boiled wool fabric with a sad and scared facial expression. Oh yes, I’ve almost forgot: He is a cannibal.

Through a wonderful stop motion animation mixed with drawing, used to give more expressivity to the puppet faces, Nina Gantz invites us to a brief circle path back in Edmond’s life. A dive inside him to frame his feelings and the sensations that turns upside down his world. With his characters and setting made out of boiled wool fabric, Nina creates a little world too difficult for Edmond to live in and she slowly unveils why he feels out of place. It’s a quest for a lost peace and quietness. 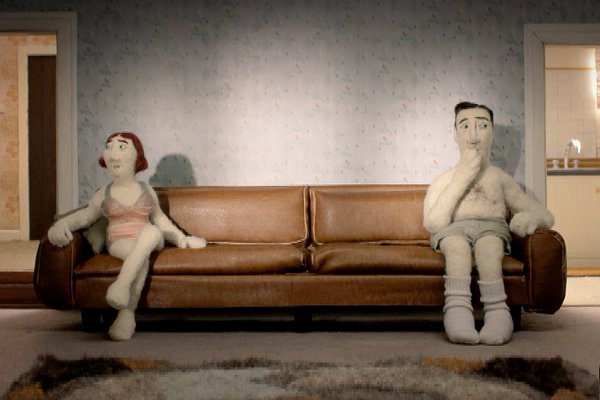 I’ve had the opportunity to watch it in Trieste at the Piccolo Festival dell’Animazione and only recently it was launched online. Nina deals with lightness and elegance a disturbing topic as cannibalism, choosing to explore the protagonist conflicts and fears instead of insisting on bloody and gruesome aspects. This is possible due to the intrinsic features of animation, that allows to moderate tones and to built a soffused and fabulous atmosphere. So we are on his side. I was near Edmond while he was rejected, I’ve empatized with him when he was exposed to the world’s judgment and felt touched at the end. Edmond won the 2016 BAFTA Award.

Stay still a second! A flash of genius by the brothers directors of The Chair of Life

An immersive audiovisual installation by Funken Studio, a chronicle of darkness where life loses every possible grip