From the director of "Hand Gestures," the manufacturing of Cuban cigars in a factory in Estelí, Nicaragua

Memoria del fuego by Francesco Clerici tells the story of a creation process that is as simple as fascinating – the manufacturing of Cuban cigars in a factory in Estelí, Nicaragua. A long-established craft taking time and patience. Dirty hands ready to cut, roll up (the so-called escogida), weave, calibrate, align. A magnetic, hypnotic and rigorous short documentary, just a static camera, straight shots, and seductive rhythmic suggestions, balancing observational, industrial, and visual documentary.

Another timeless experience like the one in the Fonderia Artistica Battaglia, a bronze foundry in the center of Milan, as told in Hand Gestures, the first feature documentary by Clerici, premiered at the 2015 Berlin Film Festival, in the Forum section, where he won the International Critics’ Award (FIPRESCI). “The cigar factory where I shot belongs to an ancient (and reactionary) Cuban company (from the nineteenth century) that has gradually moved its headquarters according to the revolutions: from Cuba to Honduras, then Nicaragua, still Cuba, still Nicaragua… every time a revolution happened they moved to ‘easier’ land,” Francesco told us. 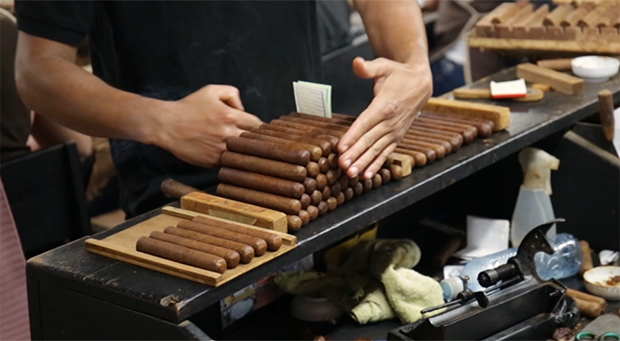 “I was in Estelí, Nicaragua, to shoot a documentary about the mother of a dear friend who grew up there in teenagers – still to be edited and produced together with Point Nemo Film which provided me with the equipment I was moving with. My friend Jon’s mother, Janet Pavone, is a mural painter: she created some important paintings on walls around Nicaragua for the revolution. On that tour with her, many people, Janet first of all, talked to me about some books by Eduardo Galeano that propose a history of South America as a forge and mine at the base of the capitalist system: the continent has been looted, raided and raped since it was discovered, providing a base of raw materials and manpower for Europe. The two most fascinating and mentioned books were precisely Memoria del fuego (Memory of Fire) and Las venas abiertas de América Latina (Open Veins of Latin America). The first one, although based on historical and literary sources, is more poetic (and is divided into three parts: Genesis, Faces and Masks, and Century of the Wind), while the second one is more in the form of an essay.” 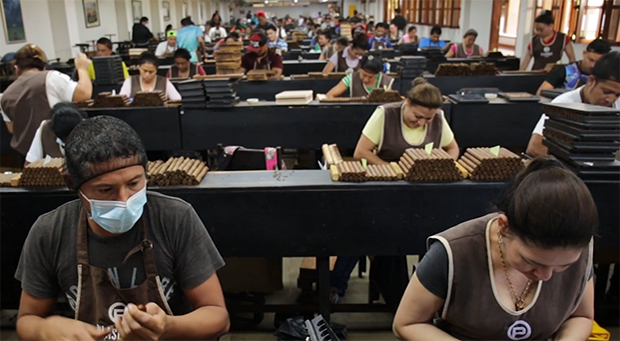 Latin America has suffered, “its memory has also been usurped,” Galeano wrote. “From the outset it has been condemned to amnesia by those who have prevented it from.” Francesco Clerici enters one of these places of memory, he reconstructs a space of History and stories through the suggestion of these images, giving shape to time and doing. “I had never been to a cigar factory and I was curious to see it, so Jon organized the tour by the mother of a contact of him,” he explained. “I often shoot (maybe better say: almost exclusively!) documentaries about manual work and I often face realities like those, the first distinction in the workplace is the sound dimension: in a bronze foundry you can find moments of great silence (the work on waxes) alternate with the unsustainability of others (chiseling, fusion…), in a tailor’s workshop you can hear the noise that makes the needle threaded into the fabric. While we were on the bus to the cigar factory I tried to imagine how it could be there. And I must say that I had imagined a situation of great silence: rarely I blew so much in expecting something… Instead, the dimension I was expecting (but cinema can only suggest it) is the olfactory one, really unsustainable in many moments.” 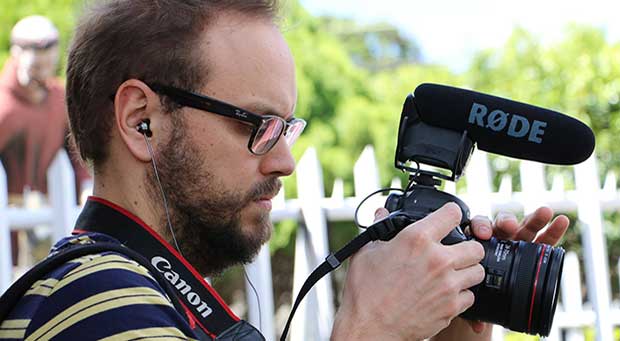 “I started to shoot (it was not expected) because in that so closed and claustrophobic atmosphere, I realized that while doing the same thing, everyone makes ‘slightly’ different gestures. Someone has a tattoo, someone else has written down his name on the tools, you sit in different ways… They work 9 hours a day for 3 dollars, making 200/300 cigars per person – a cigar costs a minimum of 16 dollars – but it must also be said that it’s one of the best paid jobs in the city, so it is considered an excellent job. So I was very fascinated how in a situation of alienating homologation and ‘almost’ slavery they managed to maintain a unique identity. It is precisely a memory of fire, even if this title can obviously refer to other connections. I shot and edited trying to give back a little sense of disorientation that occurs in trying to follow so many details, I would say ‘clues’ about people at work there. And I also tried to use a different format from my usual choices to close the line of sight in terms of height, keeping it more horizontal: there is no architectural height, everything is low in there.”

This process is lost in time and intertwines in an indissoluble way with the uninterrupted struggle against colonialism. “During the editing, at a certain point, I understood that it would have been more interesting to leave the short film a bit rough, open, without contextualizing it from a geographical, political or critical point of view. I made some attempts sending it to some friends of mine in its current form (which I initially considered unfinished) and their thoughts were much deeper than mine (this discovery is the same as confirming the film works by itself and is finished). I’d like to report what Filippo said: ‘These workers and tobacco itself seem to share the same fate. They are far from the ‘fire’ but perhaps they shall keep a memory. Do they secretly know that those measured and repetitive gestures are the antechamber needed to regain warmth and light?’.”