The immortal charm of the Rubik's cube

Can a Rubik’s Cube still be an intriguing game for millennials? It is probably the question that the animators have set before to create the short film Scrambled.

This animated short written and directed by Bastiaan Schravendeel for the Dutch Polder Animation is the combination of ’80s nostalgia, now present in every scope, from cinema to fashion, and the classic conflict analogical vs digital.

At the subway station, a young girl waits for the next train. As she is forced to wait, the girl plays with her smartphone. She takes the classic posture of the modern man, headphones and face over the screen. Lost in her virtual game, she is disturbed by a Rubik’s cube that, coming to life, tries desperately to get her attention.

The cube wants to be solved, it just wants to go back to being a fascinating brain teaser. 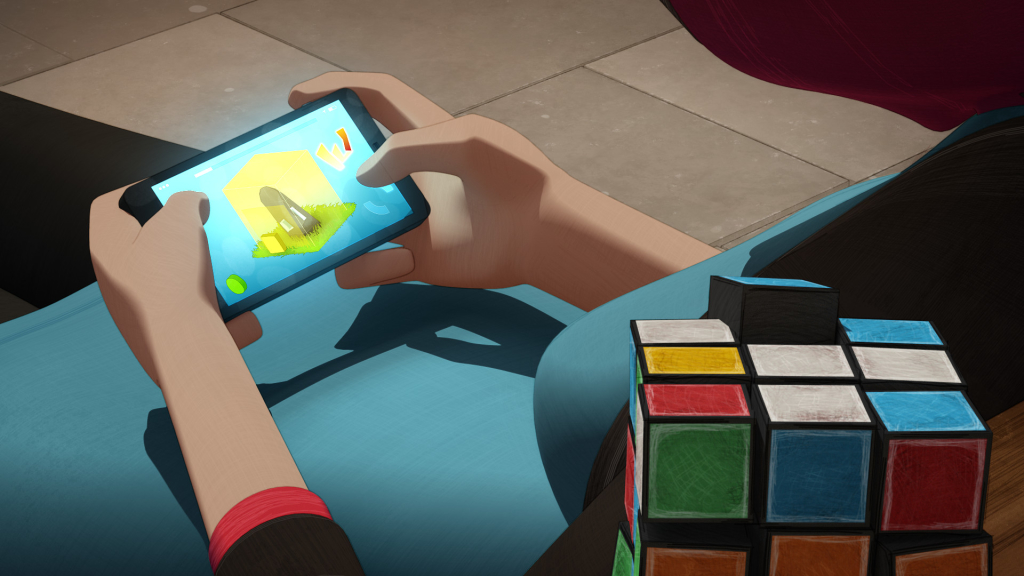 The ending is not as one could imagine, even if you’re a nostalgic born in the ’80s like me or an apocalyptic of modern times. The girl does not throw away her smartphone to become addicted to a game a few decades ago.

The analogical can be rediscovered and re-interpreted thanks to digital skills, without disappointing anyone. The only real warning is that we should be more predisposed to wait, and take it easy, as times of pleasant discovery and not necessarily a frustration for the lost time.

More than its narrative value, Scrambled is pretty interesting for the rich details and the perfection of the CGI animation. A visual style that characterizes all the works of Polder Animation.

Scrambled has won important prizes all over the world: from the Grand Prix at DIVERCINE – Festival Internacional de Cine para Niños y Jóvenes in Montevideo, Uruguay to the International Jury Prize at the Melbourne International Animation Festival.