Wolf Call is the new short film directed and produced by filmmaker, multidisciplinary artist, photographer, and graphic designer Ramey Newell. This documentary follows the work done by wolf caretaker and award-winning photographer John Ramer. He has worked in animal sanctuaries most of his adult life, often without pay, and feels this is his life’s calling.

“When I photograph something – Ramer explained – it is with the intent of sharing how I feel in that moment, in that space and time. It is intimate and personal.” John’s experiences working with captive wolves have left him deeply changed, driving him to share his knowledge and passion with others in the hope that wild wolves might one day return to Colorado‘s open lands.

Filmed entirely at a remote wolf sanctuary in the Wet Mountains of southern Colorado, Wolf Call tells the story of Mission: Wolf and asks us to rethink our relationship to wild and captive animals, as well as the world we together inhabit. This issue is particularly felt not only in the United States. 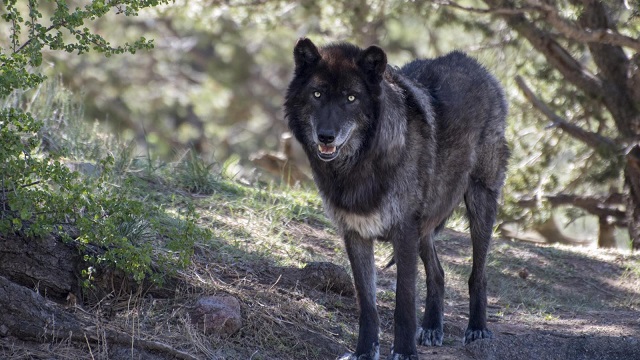 In Italy, wolves are protected by law. But a recent circular from the Ministry of the Interior, signed by the head of the Cabinet of Matteo Salvini, gives the go-ahead for the slaughter of wolves, but “only on condition that the absence of other viable solutions has been verified.” If not, capture and detention are expected.

This circular desired by Salvini was considered as a success by the “anti-wolves” councils, which complain of “major economic damage to livestock farmers” (it’s actually less than 100,000 euros a year) by ignoring two very simple looks: the presence of “feral dogs” and the information that, to date, no wolf has ever endangered the life of a single human being. The last documented “assault” dates back to the time of Napoleon Bonaparte.

“The wolves – according to Enpa (the National Animal Protection Agency) – are an invaluable biological equilibrator, because with their predatory activity they keep the populations of other wild people in balance. So, there is no emergency, except the one artfully created to earn a few more votes in the next elections. In addition, it must be stressed that those politicians who loudly invoke the killing of wolves, the main predators of the wild boars, are the same ones who feed alarmist campaigns against wild boars.” Like John Ramer, we should recover the awareness of being part of nature and not dominators of it.

The vertiginous reimagination of a myth of the history of film: the filming of Fitzcarraldo by Werner Herzog

The Tree – by Cheikh Mohammed Horma

An immersive visual experience of Sahara desert, exploring the changing balance between man and nature